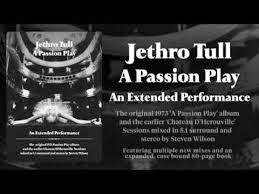 (from Wikipedia) Alongside Thick As A Brick, 1973′s A Passion Play is Jethro Tull’s most overtly Progressive and conceptual release, featuring a complex poetic narrative framed by the most adventurous music of the band’s career.
A #1 US hit on its release, the album offers dazzling virtuoso instrumental passages, evocative synthesiser sequences, and fuses Folk, Jazz and Rock influences in a strikingly unique, wholly Jethro Tull way.
A Passion Play (An Extended Performance) features new Steven Wilson mixes (stereo and 5.1) of the album, alongside Steven Wilson mixes of the infamous ‘Chateau Disaster’ recordings that preceded it. 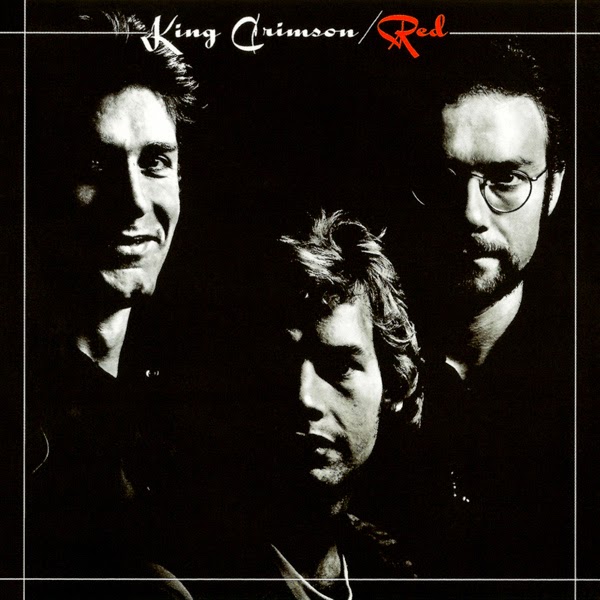 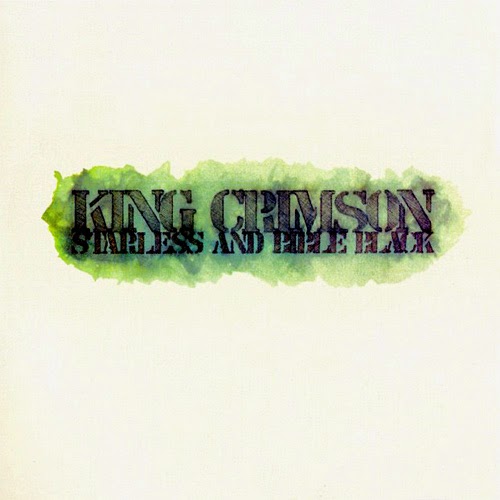 In addition to his work on a solo album and the upcoming new album from Porcupine Tree The Incident, in stores Spetember 14th, Steven Wilson has also been working on 5.1 mixes of King Crimson's back catalogue (as mentioned in this previous interview). We asked Steven about his work on the albums and below you can read about what he calls, "a real labor of love"...


The reworking of King Crimson's back catalogue was a real labour of love for me. These are albums I grew up listening to, and their influence on my teenage self still forms a large part of my musical DNA. So to be able to actually go inside the music and hear how it was all put together was both an honour and an instruction. What made it even more enlightening was to have Robert Fripp in the room while I was doing it, recounting (mostly unrepeatable!) anecdotes about the recording process and the people who played on the records. Some of these memories still made it painful for him to hear the music, and often at the end of a session both of us left my small studio drained - he from reliving the music and the struggles involved in creating it, and me from wanting to do the legacy justice.
The job at hand was to create 5.1 surround sound mixes, make new stereo mixes where appropriate, and to mix any out-takes and unreleased material I found on the reels.
The first stage was to have the tapes transferred to digital files by a professional tape archiving company, then to recreate the stereo mixes as closely as possible. Being so familiar with the originals, I aimed to be as faithful as I could, so if you hear deviation from the original stereo mix it's probably because Robert didn't like it the way it was and took the opportunity to change it. The tapes were in various degrees of (dis)organization (and as I write some tapes are still completely missing for In the Wake of Poseidon, and Starless and Bible Black). The 80s albums were carefully recorded, compiled, and annotated, but for many of the earlier albums there were many reels of tracking sessions and alternate takes, so the trick was to find the version used, or which parts of which versions were used. Sometimes a track would be made up of small parts of different takes edited together, as with the title track of Lark’s Tongues In Aspic, which was recorded in about 10 short sections, with multiple takes of each.
For personal reasons one of the very first albums I wanted to revamp was Lizard, which is the one album in the catalogue that tends to divide the fans between those that love it and those that find it almost unlistenable. I’m one of those that adore it, and could make a pretty good case for it being one of the most adventurous rock albums ever made. But I also knew it could work better in 5.1, as it’s almost as if there is too much information bursting out of the tracks to be contained in mere stereo. This is not the case in surround sound, where everything has the space to breathe, and the genius of Lizard’s progressive avant-garde jazz rock experiment finally blossoms in all its glorious folly.
Although originally not part of the plan it become apparent that some of the albums could also be made to sound sonically better in stereo as a result of that tape transfer and remix too, and Lizard was definitely one of those. The debut album In the Court of the Crimson King also benefited from us being able to go back to the original multitrack slave reels – in those days the band were using 8 track recording, and so every time the 8 channels were filled up (say with drums, bass and guitars) it was necessary to bounce it down to a one or two tracks of a second tape in order to keep overdubbing the multiple mellotrons, or vocals. Sometimes this would happen 2 or 3 times before a track was ready to mix, so the instruments recorded first had by then become second or third generation copies, with all the problems that brings (tape hiss, reduced frequency range...etc..). We were able to go back to the very first session tracking tapes and synchronise them with the overdub reels, so for the first time in the new mixes of the In the Court every instrument heard is first generation.
We also found several fascinating out-takes and alternate versions which had never been mixed down before – most of these will appear as bonus tracks on the new editions, which will all be CD/DVD combinations (the DVDs will contain any available archive video forage from the appropriate era, as well as the 5.1 mixes and high resolution stereo).
What impressed me (among many things) about the way these albums were made was the economy of overdubbing - these days I'm used to mixing records where there might be guitars tracked 4 or 5 times, drums split out over 20 channels...etc... But often with King Crimson albums you are hearing what is essentially a live band in the studio, with little or no overdubbing. And yet even with only a guitar, bass, drums line up they still sounded huge. It’s a recording art that has been partly lost in the age of computer recording, where there is no limit to the amount of times that you can layer instruments to make them sound heavier. But sometimes it’s heavier without all the overdubbing – check out the new power trio mix of the title track of Red if you don’t believe me!