Tonight we mark the fiftieth release on Ian Boddy's DiN label - iNDEX05 during the first half of the show.  For the second half, we will revisit the very first DiN compilation, iNDEX01.  Be sure to visit the embedded links for more information on these and other DiN artists and releases.  Our thanks to Ian Boddy for providing a copy of iNDEX05 for tonight's show. 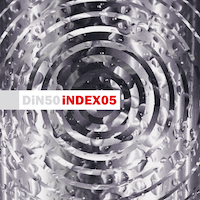 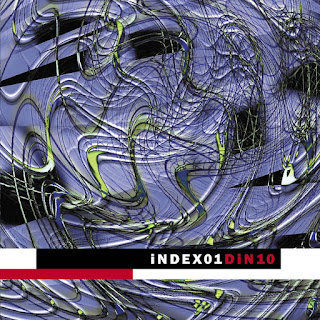 The UK magazine The Wire showcased the DiN sampler in its June 2001 issue. All subscribers worldwide (about 7000 readers) received a free copy of this disc in their June issue. The CD is also for sale via the DiN store for the modest sum of $10 (inc. postage).

The Wire editorial in the May 2001 issue reads as follows:

"With next month's issue of The Wire, all subscribers worldwide will receive a free copy of Index 01, an exclusive, one-off compilation showcasing the roster of UK electronica label DiN.

Specially compiled for The Wire by DiN label boss Ian Boddy, the CD features 15 tracks, including material by Chris Carter, Markus Reuter, Arc and Dub Atomica, in a 74 minute trance - mix that moves through analogue synth odysseys, retooled industrial culture beatdowns and glitch - ridden dubscapes. The CD is being produced in a strictly limited edition pressing and will only be available free to subscribers with next month's issue."

In celebration of Tony Levin's 70th birthday, tonight we begin our show with this live recording of his collaboration with the California Guitar Trio from the year 2000.
California Guitar Trio (CGT) is a band of three guitar players founded in 1991. The three—Paul Richards of Salt Lake City, Utah, Bert Lams of Affligem, Belgium, and Hideyo Moriya of Tokyo, Japan—met at a 1987 Guitar Craft course, in which Robert Fripp instructed them in the New Standard Tuning (NST). After completing several of Fripp's Guitar Craft courses, the three toured as part of Robert Fripp and The League of Crafty Guitarists.[1]
Continuing their collaboration then in Los Angeles, they founded The California Guitar Trio in 1991. They continue to play in the New Standard Tuning.[1] Their performances and recordings include original compositions, surf covers, and classical re-workings of classical music. Their influences include European classical music, rock, blues, jazz, world music, and surf music.
Anthony Frederick "Tony" Levin, (born June 6, 1946), is an American musician and composer, specializing in electric bass, Chapman Stick and upright bass. He also sings and plays synthesizer.
Levin is best known[1] for his work with progressive rock pioneers King Crimson and Peter Gabriel. He was also a member of instrumental-prog rock/jazz fusion group Liquid Tension Experiment; the King Crimson-related bands Bruford Levin Upper Extremities, ProjeKct One and ProjeKct Four; and currently leads his own band, Stick Men. 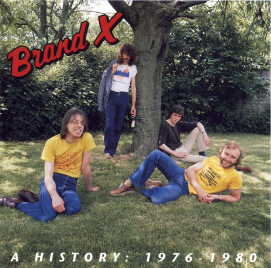