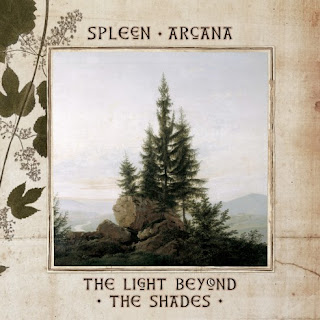 Spleen Arcana is the project of French songwriter and multi-instrumentalist Julien Gaullier.
Formed in 2008, Spleen Arcana is an eclectic mix of symphonic prog, space rock and art rock drenched in melancholic and contemplative moods.
Pairing up with drummer David Perron, and with the help of Marie Guillaumet on backing vocals, Julien Gaullier self-released Spleen Arcana's first album, The Field Where She Died in 2009.
This raw but sincere debut album was the result of a long, passionate process and countless hours of home studio explorations. With a limited print run of 500 copies, yet without any label nor promotion, The Field Where She Died is now nearly sold out thanks to the word of mouth.
Recorded in the same handcrafted way and with the same team, Spleen Arcana's second album, The Light Beyond The Shades, was released in February 2014. 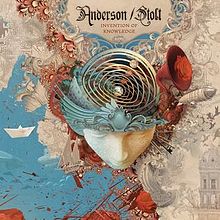 Invention of Knowledge is the debut studio album by Anderson/Stolt, a collaboration formed by singer-songwriters and musicians Jon Anderson and Roine Stolt. It was released on 24 June 2016 through German independent record label InsideOutMusic. The project originated in 2014 after Anderson had performed with Stolt on a progressive rock-themed cruise, and the two decided to record an album. The recording process involved Anderson recording ideas in demo form in California and sending them online to Stolt in Sweden, who would develop music based on them. Invention of Knowledge was recorded in Sweden by several musicians, including Tom Brislin, Daniel Gildenlöw, and members of Stolt's band The Flower Kings.
Invention of Knowledge received some positive reviews from critics. It charted in several countries, and reached number 58 on the UK Albums Chart. Anderson and Stolt discussed the idea of performing the album live on tour, but wish to gain an idea of fan reception before they make any plans.
Posted by The Yellow Porcupine