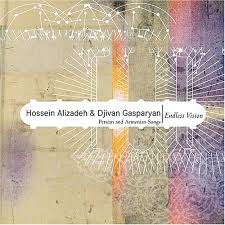 Endless Vision is a collaborative album by Hossein Alizâdeh and Djivan Gasparyan. It was released on 3 February 2005, through Hermes Records[2] in Iran and released on 14 February 2006 by World Village records in the United States.it was recorded at the Niavaran Palace on Tehran in 2003.[3]
Alizâdeh plays on this album, the six-stringed shurangiz and Gasparyan plays the Duduk.[4]
The album was nominated for a Grammy Award for Best Traditional World Music Album at the 49th Grammy Awards.[5]

All music composed by Hossein Alizâdeh, except where noted. 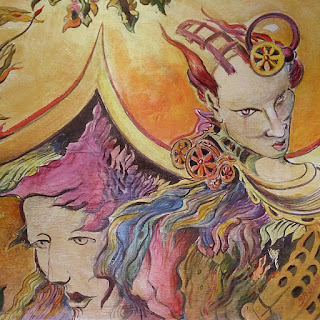 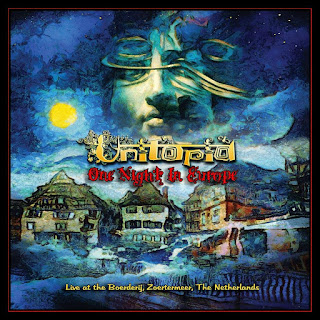 Unitopia was an Australian music group using progressive rock as a framework, but also including elements of world, classical, jazz, hard rock, and groove.Unitopia is the rare case of prog from "down under". The band was formed by Mark Trueack (vocals) and Sean Timms (keyboard, guitar) after they were introduced by a mutual friend who saw that the two had similar tastes in music and the story goes that as soon as Timms heard Trueack sing, he knew they had to do something together. They released their first album, "More Than A Dream" in 2005 after spending 8 years on the albums, and have since been working on material for their second album "The Garden", which was recently released after 3 years of writing, recording and mastering. The band's influences stretch all across the progressive scope and make for a very intriguing sound that has one foot in "retro"-70s style progressive while still being able to sound like other artists in the modern progressive scene. They have a rather large sound to them, which is no doubt helped by their 6-member roster (including Matt Williams (guitar), Monty Ruggiero (drums), Shireen Khemlani (bass) and Tim Irrang (percussion)). They mix a combination of Flower Kings-like symphonic qualities with the soul of Ladder-era Yes and Trueack's unique vocals to make the brunt of their sound.
Sean Timms has started a new band, "Southern Empire", since the dissolution of Unitopia. 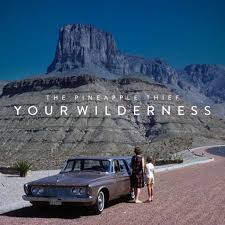 Your Wilderness, their 11th studio album, showcases the band performing without any inhibitions providing a springboard for the ongoing creative growth of The Pineapple Thief.
For the first time, The Pineapple Thief has brought in several special guest performers. “Since our last album Magnolia, the most eye catching change is obviously having Gavin Harrison contribute drums throughout the album” explains Bruce Soord. “This has not only redefined our sound but also redefined how we approached the songs as a band.  Gavin’s drumming is technically brilliant but also incredibly musical, and it inspired all of us to raise our game.  I’ve also rediscovered my progressive roots in terms of song-writing and arrangement.  Added to that, we were lucky enough to have John Helliwell from Supertramp contribute some beautiful clarinet parts and Geoffrey Richardson (Caravan) provided a string quartet. We were also joined by a lovely 4 piece choir and to cap it all off, my friend Darran Charles (Godsticks) added some jaw dropping guitar playing… You’ve never heard a The Pineapple Thief album like this one!  I am convinced people will love this record as much as we do.”
Carl Glover’s thought provoking collection of photographs perfectly compliment the concept of the album, something which Soord is tight lipped about. “It should reveal itself to the listener and be open to interpretation. I don’t want what it means to me to influence how it affects you”.
Your Wilderness was recorded entirely by the band with the exception of the drums, which Gavin Harrison produced & engineered at his own studio. The string quartet which was recorded at Geoffrey’s own studio in Canterbury. The album was mixed and produced by Bruce Soord and Steve Kitch with mastering duties also carried out by Steve. There will be a special lossless 5.1 surround mix available with the special edition mixed by Bruce.
Seen as one of the most vital rock bands the UK has produced over the last two decades, The Pineapple Thief was formed in 1999 by founder and chief songwriter Bruce Soord. The band has steadily evolved and refined it’s sound with the bass playing of Jon Sykes and the production and keyboards of Steve Kitch now so integral to the sound.  “After so many years, The Pineapple Thief has become way bigger than the sum of its parts.” explains Soord.
“The new album was a joy to make. More so than any other The Pineapple Thief album before it. Everything came together so effortlessly and I think this comes across when you hear the record.”
Bruce Soord has also collaborated with the likes of Wisdom of Crowds (with Katatonia’s Jonas Renkse), Katatonia (joining the band on its 2014 acoustic European tour), and has created 5.1 remixes for artists such as Opeth, TesseracT, Tim Bowness and Katatonia. Soord also released his debut self titled debut solo album through Kscope in 2015.
The Pineapple Thief is currently booking a European tour for late 2016 and planning live shows in USA / Canada
Your Wilderness will be released by Kscope on CD, LP, digitally and as a special deluxe 12” hardback book.

All tracks written by Bruce Soord.

01 March 2017: FreeForm Does That Jazz Thing All Over Again