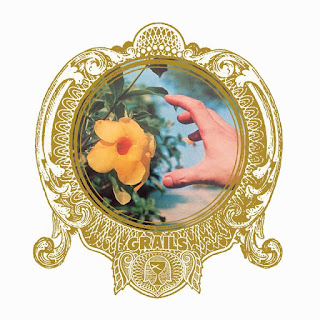 Chalice Hymnal is the first proper full-length from Grails since 2011's remarkable Deep Politics, although a second collection of their exploratory Black Tar Prophecies EP series arrived in between. As with every Grails album, the group continues to push its sound further, incorporating new influences, instruments, and production techniques. As clichéd as the genre name "post-rock" has become, the musical progression of the Grails catalog embodies the term perfectly, as the band has continually moved far beyond convention into something truly unique and indefinable. Chalice Hymnal easily seems like their least "rock" album yet; while they haven't entirely abandoned blazing psych-rock guitars (just check the sludgy yet funky "New Prague"), they're certainly less present here, and many of the guitars that appear are acoustic. There's a much greater presence of electronics and dark, nearly trip-hop grooves on this album, especially on "Tough Guy." It almost seems like Chalice Hymnal could be billed as a joint release between Grails and Lilacs & Champagne, the sample-heavy instrumental hip-hop side project formed by Grails members Alex John Hall and Emil Amos. One of L&C's other members, Ash Black Bufflo, contributes percolating synthesizers to the album's second track, "Pelham," suggesting Giorgio Moroder as a possible influence along with soundtrack composers such as Ennio Morricone and Hugo Montenegro. The acoustic instrumentation throughout the album is lush and engrossing, with several tracks augmented by majestic string arrangements courtesy of Timba Harris, and dusky saxophone from Niklas Kraft or Daniel Fisher-Lochhead. Some of the album's pieces are sequels to selections from Grails' previous album. "Deeper Politics" is, appropriately enough, more tense than the prior release's title track, and while it seems gray and rainy at first, its resplendent strings ultimately signal hope for a glorious rebirth. "Deep Snow II," however, bends Deep Politics' knotty yet dreamy finale into something significantly more distraught. In the midst of all of this, the group finds time for a slow jam, "Rebecca," which buries "In the Air Tonight"-esque drum machine pulsations with sunset-like guitar wisps and serene synth pads. "The Moth & the Flame" is even more ethereal, with forests of echo surrounding smooth fretless bass and saxophone, before David Axelrod-worthy cavernous drums boom in during the track's second half. All of this culminates in the ten-minute "After the Funeral," which features perhaps the most grandiose arrangement of Grails' entire career. Not only is Chalice Hymnal well worth the wait, it makes it even harder to choose which album is the pinnacle of Grails' ever-fascinating discography. 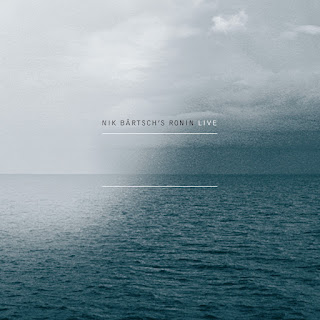 Live is a live album by Swiss pianist and composer Nik Bärtsch's band Ronin recorded in Switzerland in 2002 and first released on the Tonus Music label.
The Allmusic review by Michael G. Nastos called it "compelling, commanding, well worth a close listen, and a prelude for things to be heard stateside. This may be a difficult recording to acquire, but worth the search".[2] On All About Jazz Budd Kopman noted "When listening to Live, it becomes clear that, while the feeling of improvisation, of taking off, of winging it, is very strong, where it is happening is frustratingly unclear".

All compositions by Nik Bärtsch. 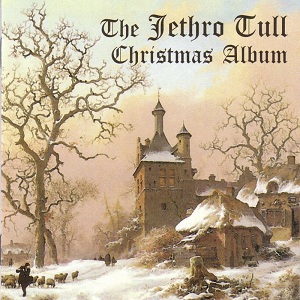 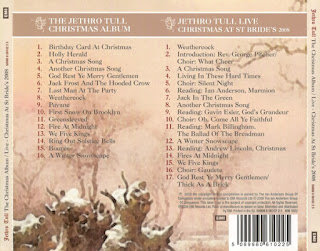 Tracks 3, 4, 6, 8, 12, 14, and 15 are all re-recordings of previously released pieces. 'Bourée', however, has significant alterations to the musical arrangement.

05 December 2017: Twisted Christmas with Bob Rivers, The Fools, The Capitol Steps, and more 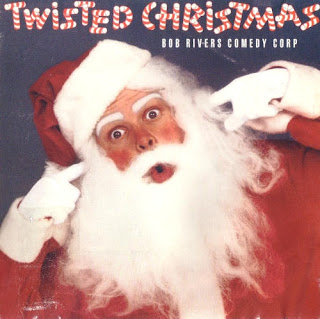 Join us for a FreeForm Radio holiday tradition as we spotlight hilarious Christmas song parodies from the Bob Rivers Comedy Corp.

It's also pledge week for KMXT and we'd like to have TEN - 10!  new or renewing members pledge between 9 and 11 pm during the show.  Please go online to KMXT.org and click the "Donate to KMXT" button in the upper right hand corner. 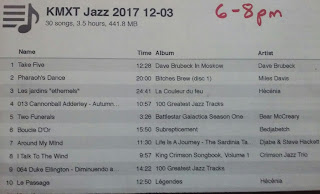