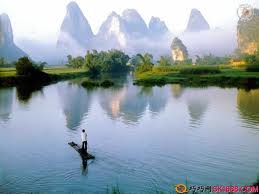 FreeForm Radio will continue at its regular time and day, but the hosts may not be playing progressive music.  We'll return with prog in late May.
Posted by The Yellow Porcupine Links to this post 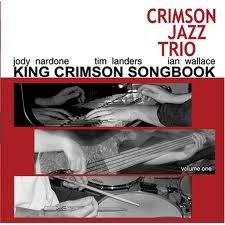 The Crimson Jazz Trio was a jazz trio led by drummer Ian Wallace, formerly of King Crimson, who re-interpreted King Crimson's music. The trio was conceived by Wallace, who recruited Tim Landers (bass) and Jody Nardone (piano) in 2004. They recorded the album The King Crimson Songbook, Volume One (Voiceprint) in 2005. The album includes material from beyond Wallace's tenure in King Crimson. It was supported with a few live dates in different parts of the US, but plans for further touring were scrapped due to Wallace's falling ill.
The band finished recording a second album, The King Crimson Songbook, Volume Two, with assistance from Jakko Jakszyk and Mel Collins (Wallace's colleagues in 21st Century Schizoid Band; Collins is also a King Crimson alumnus) before Wallace died on February 22, 2007. It was released on April 7, 2009 on Inner Knot Records.  (from Wikipedia) Much in the vein of Ozric Tentacles, and hailing from the same UK free festival scene, the Ship of Fools took us on an all-too-short but stunning voyage of discovery through two noteworthy albums in the early 90’s. Trippy psychedelic soundscapes, oscillating, swirly and swishing keyboard effects and trance inducing grooves predominate through these albums. While less possessed of the habit of jamming than their Ozric contemporaries, Ship of Fools had a talent for painting visual albums with their sound through the interplay of music with sound-clips, giving their work an amazingly cinematic quality that could usher the mind into realms rarely explored.

The band’s first fully-fledged album came out in 1993. Close Your Eyes (Forget the World), as the title would suggest, is a work with a hallucinatory quality. Entirely instrumental, save for the odd vocal sound clip, textured electronics interact with swirling phased guitars throughout this album, all the while underpinned by an intuitive drummer and more than adequate bassist. Deft use is made of repetitive grooves, explored in all their facets, infusing the listener’s cerebrum with a gorgeous textural ambience.

This is the kind of music that makes one go ever deeper into rarely explored territory, spacing the mind out into a kind of oneness with the music. The effect can be at times meditative and calming, as when Graham Wilkes’ flute dominates during the Celtic-tinged "Western Lands". At others it is invigorating, as when a long lasting repetitive groove is suddenly replaced by heavy riffing guitars and other sonic flourishes.

The band’s keyboard sound is heavily on the electronic side, with some elements that are close to techno. Yet all of this is counterbalanced by an organ sound that recalls the early 70’s, as well as a certain symphonic quality that gives the music a sense of grandeur and presence. Such counterbalance of instrumentation seems to have been very much a part of the band’s approach as it is difficult to find any part on a Ship of Fools disc that is dominated entirely by any one member of the band. For the most part, it is truly a group effort, with each member contributing a valuable part of the overall sonic palate; supporting the work of the others.

Out There Somewhere continues this approach, but now with a somewhat harder and more driving sound. Gone (with the exception of one track) is the flautist, as the band introduced a second guitarist to the mix. The general sound is more aggressive and heavily layered. The compositions are just that: compositions with limited jamming but plenty of flourishes into parts unknown that could only be explored by a band in which the musicians are totally in synch with a joint vision within the framework of a generally composed piece.

The musicianship is excellent, building upon the strengths of the first release. But the glue that seems to hold the whole thing together is in the extensive use of sound-clips that range from such diverse sources as the Apollo 11 mission, the Wizard of Oz, Ren & Stimpy’s Space Madness and even readings from Michel Foucault’s Madness & Civilization (from which the band appear to have taken their name). The whole thing melds the album into an exploration of one of Space Rock’s abiding fascinations: the discovery of one’s inner-self through exploring without. Hawkwind may have said it first with their "D-Rider" (“Facing out, we’re facing in”) but Ship of Fools here make the definitive space-rock commentary on the relationship of mankind to its universe. As such, this is kind of a concept album. The concept is far from linear, but a message therein is contained.

To pick out any one track from Out there Somewhere that stands above the rest is difficult. The album starts out hard and driving as if propelled by raging pistons, and yet by the third song the music takes on a pastoral quality. As each piece segues into the next, one has the impression of a carefully constructed and holistic piece of work; a rich tapestry of sound and audio-clips that weave an intricate pattern of images within the consciousness. The result is a richly psychedelic and intensely visual audio experience: one that engages the mind in a complete interaction with the music. I am quite sure that, if they had ever been introduced to each other, Nektar’s Mick Brockett would have had a field day with these guys.

With these classic albums, Ship of Fools presented an experience that went beyond that which is audible. It’s a sonic exploration of the consciousness…one that unfortunately is not available to most listeners. These titles (which were once available on a double CD) are no longer available. Hopefully enough of an outcry can emerge to make them once again available. It’s up to you, but I say that it’s time we keel-haul those responsible for the loss of one of space rock’s greats if these great titles do not once again readily grace many a CD deck.

There is some hope however. It seems at the time of writing that the best parts from these titles have been gathered together and remixed into a single CD, Lets Get This Mother Outta Here on Peaceville Records.  (from http://www.progressiveears.com/asp/reviews.asp?albumID=1838&bhcp=1) 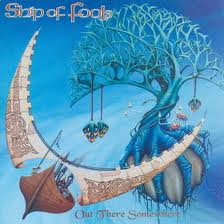 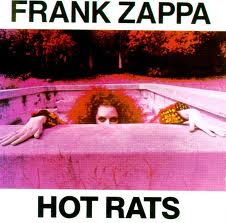 Hot Rats is the second solo album by Frank Zappa. It was released in October 1969. Five of the six songs are instrumental (the song "Willie the Pimp" features a short vocal by Captain Beefheart). It was Zappa's first recording project after the dissolution of the original Mothers of Invention. In his original sleeve notes Zappa described the album as "a movie for your ears."
Because Hot Rats focuses on instrumental jazz-like compositions with extensive soloing, the music sounds very different from earlier Zappa albums, which featured satirical vocal performances with extensive use of musique concrète and editing. Multi-instrumentalist Ian Underwood is the only member of the Mothers to appear on the album and was the primary musical collaborator. Other featured musicians were Max Bennett and Shuggie Otis on bass, drummers Aynsley Dunbar and John Guerin and electric violinists Don "Sugarcane" Harris and Jean-Luc Ponty.
This was the first Frank Zappa album recorded on 16-track equipment and one of the first of such recordings released. Machines with 16 individual tracks allow for much more flexibility in multi-tracking and overdubbing than the professional 4- and 8-track reel-to-reel tape recorders that were standard in 1969. While Zappa was recording Hot Rats The Beatles were working on their Abbey Road album, but were limited to 8-track technology.
The album was dedicated to Zappa's new-born son, Dweezil Zappa.  (from Wikipedia)

On the Way (En Chemin) forges ahead into the French "zeuhl" music. Based largely on pioneers such as Magma and Univers Zero, Xaal's music has the rhythmic proficiency of both the aforementioned bands, and even some horn guest spots from former Magma-ites. But rather than re-live old glories, Xaal takes the sound into new directions. Their melodies are based around a heavy, riffing guitar and occasional keyboard backdrops. Occasionally they remind me of Voivod! Led by busy drumming and an active bass, the music contains the weirdness, inconsistencies, and drive that early Magma had, without the repetition that turns many people off that band. The creative level here is something right out of the seventies and hopefully this will inspire other nineties prog bands to become more self-indulgent. This was, IMHO, one of the strongest new releases in 1992. Highly recommended. (from New Gibraltar Encyclopedia of Progressive Rock)
Posted by The Yellow Porcupine Links to this post 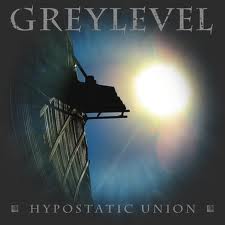 Hailing from the wild west coast of Canada, Greylevel crafts a unique blend of progressive and emotional rock music.
From humble beginnings as a solo studio project, Greylevel has since evolved into a full-fledged band. Brought together by shared passion for creating original music that aims to transport the listener into worlds of sound.
The band spent two years carefully working on their sophomore release entitled "Hypostatic Union", their first album that features all 5 members. This album is now available through ProgRock Records. 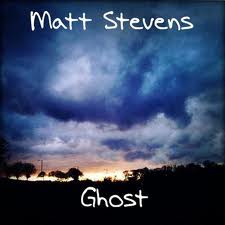 Matt Stevens is a musician and composer from North London. An instrumental artist, he uses an acoustic guitar and a sampler to create multi layered tracks live. This is often called Live Looping. His music is compared with artists as diverse as Radiohead and Robert Fripp. He plays live all over the UK.
Posted by The Yellow Porcupine Links to this post