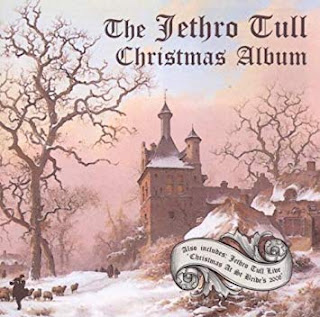 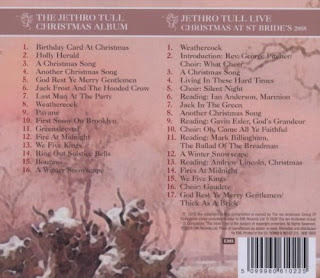 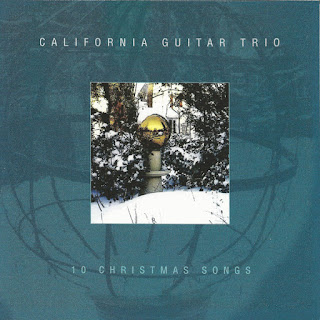 Not that there is an abundance of progressive rock-tinged acoustic guitar trios among the ranks, but this aggregation stands tall among its peers as the guitarists' inventiveness surges forward with this altogether warmhearted reckoning of Christmas carols and other pleasantries. The guitarists' nimble yet at times forceful approach is wholly evident during their highly rhythmic spin on "Jingle Bells." They perform the classic "Greensleeves" with a sensitive, chamber-like approach while also tackling the Lennon/Ono favorite "Happy X-Mas (War Is Over)." However, part of the magic resides within the trio's ability to delve into the inherent frameworks of each song, while also reformulating themes and rhythms into personalized statements. Essentially, the artists have produced a rather poignant Christmas outing, awash with interweaving lines and lilting harmonies, as they complement their superior artisanship and forward-thinking deployments with a cheerfully rendered collection of holiday favorites. 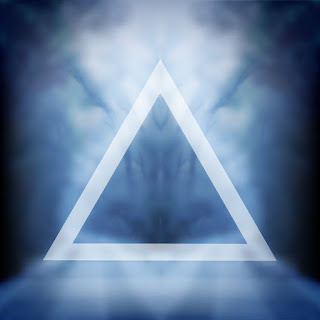 Bizarre soundscape versions of traditional songs usually associated with this time of year, at least here in Germany. In addition to the meditative soundscapes (which are based on the series of pitches of each tune) I've also overdubbed straight versions of the original melodies. Enjoy this parallel universe... It's strangely hypnotizing. Only available from December 17th to December 31st. 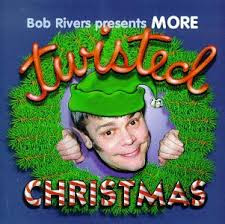 Join us for a FreeForm Radio holiday tradition as we spotlight hilarious Christmas song parodies from the Bob Rivers Comedy Corp.   We'll also hear tunes from the Capitol Steps, the Fools, Mojo Nixon, John Prine, the Reduced Shakespeare Company, and others.  There will be COWS!!!
Both Elvis AND Sarah Palin will be on the show - you won't want to miss it!
And it's not too late to pledge your support to public radio KMXT online at kmxt.org 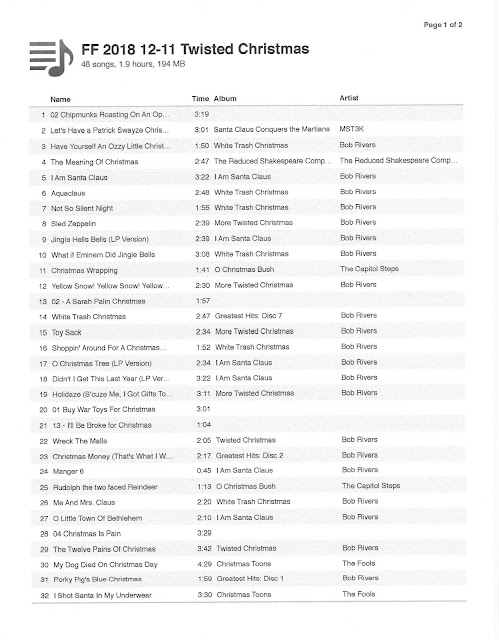 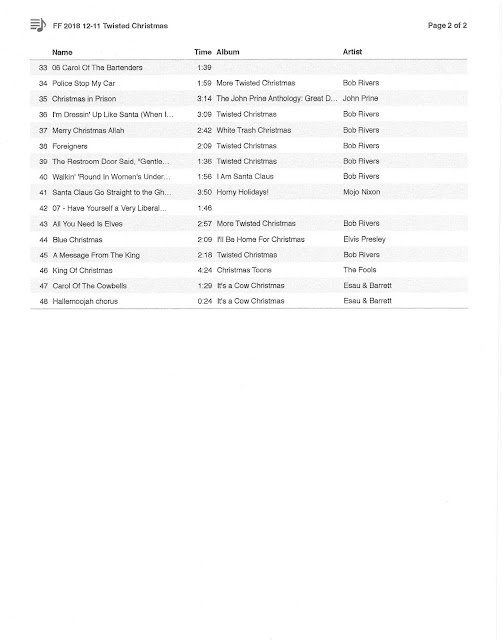 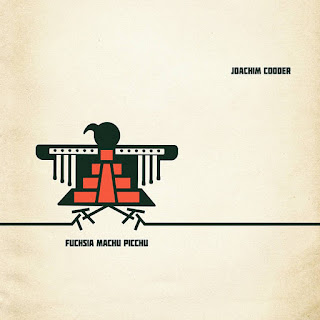 Fuchsia Machu Picchu continues Coode's ethereal explorations. The title song, as Joachim explained while opening for his dad in concert recently, began as a simple serenade to a plant he was urging to grow in his Los Angeles garden. Among the best of the seven tunes are “Everyone Sleeps in the Light,” a performance of which you can view below (Hey, who’s that old guy on bass?), and “Because the Moonlight,” which has a little Talking Timbuktu-style guitar sprinkled into the music courtesy of Dad. The album is a definite departure from the conventional roots music often featured on this blog. It’s not for everyone, but if you’re in the mood for some flowing, atmospheric melodies but aren’t looking to go full Eno, Joachim’s music might hit the spot. The EP is available for download at various places around the internet. 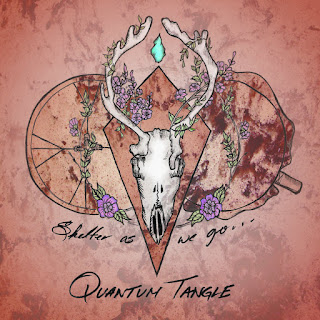 Where is the most compelling and innovative music being made right now in Canada? Your first guess might be one of the country’s major urban centres, but a strong argument can be made that Canada’s North is truly changing the game. Case in point is Quantum Tangle who, after their 2016 EP Tiny Hands won the JUNO for Indigenous Album of the Year, have followed it up with a dynamic full-length debut, Shelter as we go…

Quantum Tangle combines the wide-ranging artistic visions of Greyson Gritt and Tiffany Ayalik who draw from their respective Anishinaabe-Métis and Inuit backgrounds to create a fusion of old-world sounds and new-world flair. Woven throughout Shelter as we go…, deep blues riffs, traditional throat singing and haunting melodies intertwine with hard beats and equally hard-hitting storytelling.

Proudly and boldly displaying their Indigenous roots, Gritt and Ayalik tailor their music to examine systemic racism and colonialism, while offering ways to empower marginalized groups. As vocal advocates for gender-equality and the need for safe-spaces, Quantum Tangle looks back through history to challenge, educate and encourage audiences to be socially aware.

With their JUNO win and the release of Shelter as We Go…, Quantum Tangle joins Tanya Tagaq and A Tribe Called Red as artists who are revolutionizing the genre of Indigenous music and bringing it to the mainstream. These are the most vital voices in Canada at this moment, and they will no longer be denied. 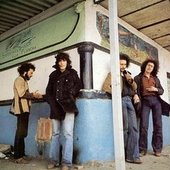 Iceberg biography
Founded in Barcelona, Spain in 1974 - Disbanded in 1979
ICEBERG from the middle of the 70's were easily one of *the* best Progressive bands to come from Spain. This Spanish band ICEBERG came (like Manuel from Fawlty Towers) from Barcelona and consisted of: Max Sune (guitar), Josep Mas Kitflus (keyboards), Primi Sancho (bass) and Jordi Colomer (drums), Angel Riba (voice) could only be heard on the first record. Their style was definitely jazzier but with continuous conversations between the guitars and keyboards in a mixture of fusion and symphonic sounds. The band mixed RETURN FOREVER or THE MAHAVISHNU ORCHESTRA's crazy and energetic music and SANTANA's more latin one.
ICEBERG made four studio-albums entitled: "Tutankhamon" ('75), "Coses Nostres" ('76), "Sentiments" ('77) and "Arc-en-Ciel" ('78). Their final release was the live-LP "En directe" from '79. Their debut album "Tutankhamon" (eleven tracks) is their most 'symphonic': tasteful songs with many shifting moods, ranging from fluent with biting and howling, wah-wah drenched guitar solos to dreamy with floods of choir-Mellotron and tender Fender Rhodes piano. The vocals are often passionate and the interplay between guitar and keyboards is flowing. The other albums contain splendid jazzrock/fusion music with spectacular guitar - and keyboard work. Try for "Coses Nostres" or "Sentiments" as they're a bit better than "En Directe" or "Arc-En-Ciel" though any of these are fantastic. "Coses Nostres" is a very strong release from the ultimate Spanish fusion ensemble. An absolute must if you can find any of the albums. FOR THE FUSION-LOVERS...!
Posted by The Yellow Porcupine Links to this post