Tonight's program features two concept albums from American Progressive rock bands:  3RDegree's Ones & Zeros, Vol. 0 and in the second half of the show, Time and Space from Lobate Scarp.  The complete playlist for tonight's show is below the album information. 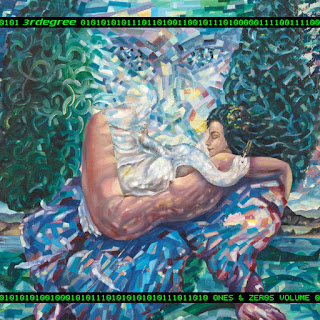 She would not be my toy…I’d be her human being” (from “Olympia”)
ONES & ZEROS: the building blocks of A.I. mixed with physical desire…

“Are you a sheep? Are you a hero? Stuck in a binary code” (from “Ones & Zeros)
ONES & ZEROS simplified: on or off…yes or no

“Why deny? The more we fight it, the more we lose control” (from “Logical Conclusion”)
ONES & ZEROS: the self-fulfilling prophecy

These are the things on the mind of 3RDegree that make up its sixth album ONES & ZEROS: vol. 0 and the bookend to 2015’s ONES & ZEROS: vol. 1-their first concept album(s)-now complete. All songs offer a unique take on the issues and ethics associated with the rapid progress of technology. Ray Kurzweil & others have been discussing futurism and transhumanism since the 1970s but only now are we seeing it impact our daily lives. Spearheaded by 1990’s-era members California guitarist Patrick Kliesch & New Jersey lead vocalist/keyboardist George Dobbs, the rest of the band shortly pitched in different songs-all closely associated with the overall theme. As with previous albums, both fully-fledged and skeletal ideas were created and passed between band members via the Internet and worked on in the flesh soon after.

3RDegree circa 2017 continues to embody the musical direction envisioned by “power trio” Robert James Pashman, Patrick Kliesch & Robert Durham in 1991: to create interesting and engaging music that mixes accessible melodies and catchy hooks with the intelligence and complexity of Progressive Rock. Releasing a debut album (on cassette!) with THE WORLD IN WHICH WE LIVE in 1993 (w/Pashman on lead vocals), 3RDegree decided to step up their game in 1995, adding a world-class lead vocalist in George Dobbs and releasing their second album, 1996’s HUMAN INTEREST STORY, which was re-released in 2013, remastered. After playing many live shows in the New York City area gaining little traction, the band hung it up, leaving much material sitting on the proverbial cutting room floor.

Dobbs would continue musical endeavors including solo albums, Pashman and Kliesch would work on projects together and a solo album each apart…but talk of 3RDegree was couched in the past tense until Pashman would make a video collection in 2005, putting together all the band’s music videos and performances onto DVD and basement tapes onto CDs. Discussion of the songs left behind bubbled under throughout that year until the original trio met at a NYC bar where it was agreed upon that the band would record again and later, play reunion concerts at NJ Proghouse in 2007 with original drummer Rob Durham and long time collaborator, guitarist Eric Pseja. 2008 saw the release of NARROW-CASTER (which included the aforementioned songs along with brand new ones) making a big splash in small progressive rock ponds worldwide with the Dutch Progressive Rock Page (DPRP.net) reveling: “It’s not often an album as refreshing as this comes along, and we should treasure it when it does...an album that demands repeated spins, and rewards every listen with some new revelation”. In 2009, new drummer Aaron Nobel joined and the band played shows in Brooklyn (w/Phideaux) & North Carolina’s ProgDay (w/Ozric Tentacles) later finding themselves working on some tracks with two different themes but with election year coming in 2012, the band decided that their political crop of songs would be particularly timely.

THE LONG DIVISION would be released ahead of election day followed by many 2013 mid-year shows culminating in a return visit to ProgDay ’13’s pre-show-all with new lead guitarist Bryan Zeigler. The album’s single “You’re Fooling Yourselves” made the Top 10 Songs Of The Year at DPRP’s yearly poll alongside many, much more “established” bands. In early 2014, the band made an appearance at Québec City’s Terra Incognita Festival (w/Glass Hammer) playing to an enthusiastic audience-3RDegree’s first show outside the USA.

In August 2015, 3RDegree released a new album-ONES & ZEROS: vol. 1-on 10T Records (their last release) and performed live on their first world tour that not only hit the American northeast, but also France (Paris), Germany (Frankfurt), The Netherlands (Rotterdam), & U.K. (London, Leicester, Southampton & Wales) ending at The Summer’s End Festival (w/Pallas). Shows continued into 2016 (with original drummer Robert Durham back in tow) including an appearance at RoSfest in Gettysburg, PA (w/Spock’s Beard). The band continued writing songs related to the “ones & zeros theme” throughout 2016 with the goal of an equally compelling collection to accompany their career pinnacle.

This album is dedicated to the tireless champion of new music: Dewey Gurall 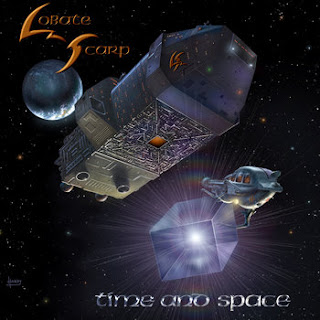 Music Connection magazine has stated that “the group Lobate Scarp presents prog-rock that hits you right between the eyes” and that their “musical approach deserves industry support and interest". 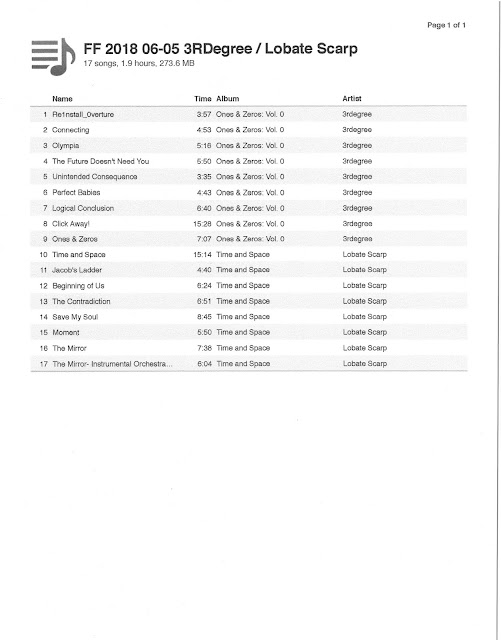