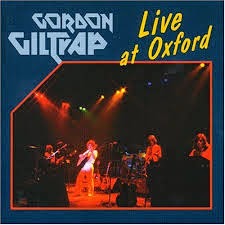 A live performance for essentially a solo guitarist always raises the question of faithful sound reproduction. For instance, GORDON GILTRAP plays both electric and acoustic guitar very well. Does he go with an additional guitarist to complement or at least not cramp his style? What of other instrumentation like sax which he occasionally hires? Should vocals be introduced for variety?
On "Live at Oxford" GILTRAP makes several brilliant choices - hiring a competent backing rock band, continuing to play all guitars himself, engaging a female vocalist, and utilizing keyboards and vocals to fill some of the additional guitar and brass sounds. How he implements these decisions results in a show and a resulting album that plays to his strengths while rendering his shortcomings moot.
In some sense this virtuoso's work is best suited to the live setting, since his primary talent is in playing and, to some extent, arranging, as opposed to composition. Luckily his skill is exposed in a measured fashion throughout. The main source of material is "Fear of the Dark", the most recent album at the time of the concert, and it would be hard to imagine that those tracks represented here are not more fully realized than the studio versions. This is especially the case for the epic "Visitation" and the suspenseful "Fear of the Dark", both of which benefit from the sultry expressive vocals of SHIRLEY RODEN. Still, the best example of this adaptive spirit and of Roden's power is in "The Deserter"; originally an instrumental on "Perilous Journey", it is re-invented as a spacey lyrical piece with Roden's vocals replacing sax and some pointed guitar leads. I had never heard of Roden so has to look her up, and found that her limited credits include several prog artists including MICHAEL MOORCOCK, MIKE OLDFIELD and DAVID GILMOUR.
As is standard for Giltrap, none of the material or the performances are weak but here the energy of the live setting and the commitment to the team concept contribute equally to what could be the most suitable introduction to Gitrap for prog fans. I have not heard the prior three albums in their entirety but "Live at Oxford" seems to be cut from a different cloth.  (from progarchives.com) 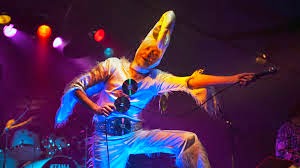 We continue our tribute to the late, great Daevid Allen with a selection of some of his greatest (and wackiest) music.
Posted by The Yellow Porcupine Links to this post 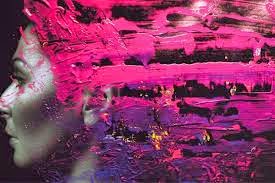 The first half of tonight's show will be Steven Wilson's latest solo release:  Hand. Cannot. Erase.
The album has been critically acclaimed and is arguably his best work to date.
According to Wilson, the album is written from a female perspective, and the concept and story are inspired by the case of Joyce Carol Vincent, where a woman living in a large city dies in her apartment and no one misses her for three years, despite her having family and friends.[6] Wilson explained:
"The basic story, or concept of the record – it's about a woman growing up, who goes to live in the city, very isolated, and she disappears one day and no one notices. There's more to it than that. Now, what's really interesting about this story is that your initial reaction when you hear a story like that is, 'Ah, little old bag lady that no one notices, no one cares about.' [Vincent] wasn't [like that]. She was young, she was popular, she was attractive, she had many friends, she had family, but for whatever reason, nobody missed her for three years. 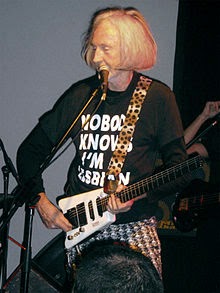 In the second half of tonight's show, we will honor the memory of the original Pothead Pixie, Daevid Allen, who passed away on March 13. Christopher David Allen (13 January 1938 – 13 March 2015), better known as Daevid Allen, sometimes credited as Divided Alien, was an Australian poet, guitarist, singer, composer and performance artist. He was co-founder of psychedelic rock groups Soft Machine (in the UK, 1966) and Gong (in France, 1967). We feature one of his best known releases with Gong, the classic You, Part Three of the "Radio Gnome Trilogy".  Between 1973 and 1974, Gong, now augmented by guitarist Steve Hillage, released their best-known work, the "Radio Gnome Trilogy", three records that expounded upon the (previously only hinted at) Gong mythology, Flying Teapot (1973), Angel's Egg (1973), and You (1974). For about two months at the end of 1974, Bill Bruford played drums with Gong.[3] 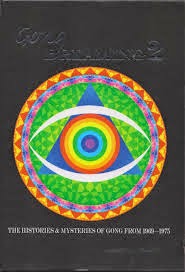