I'll be off-island this week and this week's host probably won't be playing progressive music.
See you next week when we feature Steven Wilson's outstanding new solo release: The Raven Who Refused to Sing
Posted by The Yellow Porcupine Links to this post

Email ThisBlogThis!Share to TwitterShare to FacebookShare to Pinterest
Labels: progressive music hiatus, steven wilson, the raven who refused to sing 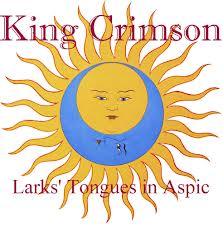 The 40th Anniversary Edition featuring a new stereo mix from the master tapes by Mr. Steven Wilson. Larks' Tongues in Aspic is the fifth studio album by the English progressive rock group King Crimson, originally released in 1973. This album is the debut of King Crimson's third incarnation, featuring original member and guitarist Robert Fripp and new members John Wetton (vocals, bass guitar), David Cross (violin, Mellotron), Jamie Muir (percussion), and Bill Bruford (drums). Bruford had just left Yes before they embarked on their Close to the Edge tour. Bruford felt that he had done all he could with Yes at this point and thought the more jazz-oriented King Crimson would be a more expansive outlet. (Wikipedia) 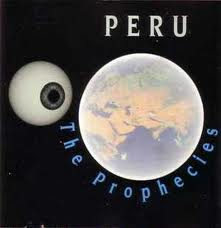 Peru are a Dutch electronic group, consisting of three core members, augmented by a fourth in recent releases. Continents, Points of the Compass, and Forlian are their 3rd, 4th, and 5th releases respectively, and are very representative of the group's formative years. They have, to date, released 6 albums, all of which are available on CD. Continents, released in 1983, consists of five tracks, two of which exceed 10 minutes in length, seemingly influenced by Klaus Schulze of the late seventies/early eighties, with melodic arpeggios over minor chord backing, and then breaking out into the fuzz-guitar-like leads that Tangerine Dream used in the mid-to-late-seventies. Their influences are quite apparent, but the music is enjoyable in its own right. I should also point out that the first track sounds as if it would be at home on Double Fantasy's "hit," Universal Ave., and, in fact, similarities to that release show up at various points. Points Of The Compass was released in 1986, and showed a progression from Continents, in the use of more varied song structures and synth timbres. The music is similar in style to Tangerine Dream of the mid-eighties, circa Le Parc, and possibly the "Heartbreakers" soundtrack. The pace is much more uptempo, and melodic, making this probably the most accessible of the Peru releases. In 1988, Peru released Forlian, which combined the accessibility of their previous release with a slightly subdued mood, with a result that is reminis- cent of some of Johannes Schmoelling's solo works. This will be an enjoyable disc for those who like Schmoelling, and, to some extent, the early eighties version of Tangerine Dream. (Gibraltar Encyclopedia of Progressive Rock)
Label:  Red Bullet ‎– RB 66.70     Country: Netherlands     Released: 1993

Except Track 5 was written by Ruud van Es, Peter Kommas & Rob Papen.
Tracks 7 & 8 are Bonus Tracks.
Posted by The Yellow Porcupine Links to this post 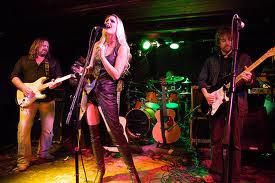 Breathing Space is the debut solo album by UK keyboardist Iain Jennings. Although this album was originally released as Iain Jennings's album, it has become known as Breathing Space's (the band that was created for the following tour) first album because of the subsequent tours and the follow-up album Coming Up for Air in 2007.

(All songs written by Iain Jennings except where notes) 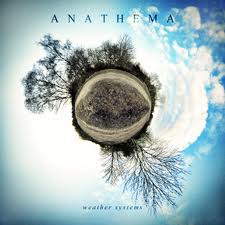 Weather Systems is the ninth studio album of atmospheric rock band Anathema. It was released on 16 April 2012 in Europe via Kscope and April 24, 2012 in the US via The End Records. The band describes the album as "not background music for parties. The music is written to deeply move the listener".[2] The album was recorded in Liverpool, North Wales and Oslo, each place significant to Anathema's past, present and future. The record was produced by band members Vincent Cavanagh and Daniel Cavanagh, as well as Christer-André Cederberg.
Recorded and released between the departure of Les Smith and the full-time joigning of live member Daniel Cardoso, it is the first album of the band to not feature a full-time keyboardist since Judgement in 1999.