Interstellar
The Canadian band was formed in 1998 by Rob Boak (guitar, bass, keyboards) and Denis Dufour (guitar, bass, keyboards, vocals).[1] The debut album, Late Night Tea, was released in 2000 on Mother Superior Records.[1] Cam Lindsay of Exclaim! described the record as sounding like it had been recorded "at four in the morning", comparing it with Spiritualized and Tortoise.[2] Second album ToSleepToDreamToWake was recorded over three years and issued in 2004 on Plan Eleven Records, charting across Canada.[3] It was described by Darren Eke of Exclaim! as containing "varying degrees of jazz, psychedelia and electro-pop, which are often aided by atmospheric guitar or synthesiser textures to enhance its up-tempo electronic lustre",[4] and by Wavelength as "a sublime mix of multiple instrumentals and lovely spacey ambience"

Matt Stevens
From Matt Stevens: "It is just me, a guitar and a loop pedal in front of an audience at the Electric Garden Festival in May 2011. There is a full review of the festival here."
Posted by The Yellow Porcupine 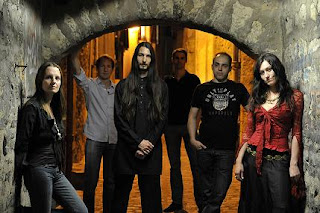 Rancho Santa Margarita, CA – 6 June 2011 – "The way things end" is an hour plus, 15 track adventure, mixing progressive rock, metal, pop music and a bit of jazz. A string quartet from the Conservatoire National de Musique et de Danse de Lyon performs on it along with a classical flute, percussion and some other exotic instruments, such as the dilruba. The result is, as recently noted by an English reviewer, "a work of harmonious contrasts, (...) a jazzy liveliness but with a melancholy gothic underbelly; delicate subtlety and driving power; catchy and melodic but with technical musicianship; adventurous, fascinating and absorbing but oh so easy to listen to; acoustic and electronic instrumentation; simplicity and sophistication; light and dark." 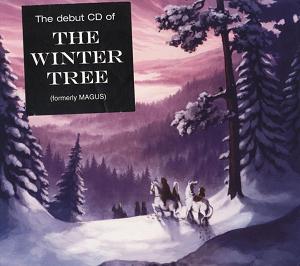 THE WINTER TREE (formerly MAGUS) is a band formed by composer/multi-instrumentalist Andrew Laitres(a.k.a. Andrew Robinson) with vocalist/guitarist Mark Bond and his wife Deb Bond on keyboards. In late 2010 Andrew decided to rename the band THE WINTER TREE, after the song of the same title by one of Andrew's favorite bands, Renaissance. Andrew, along with new bandmates Deb and Mark Bond, released the self-titled CD "The Winter Tree" in mid 2011 with ProgRock Records.

The Winter Tree is a synthesis of many different musical styles and genres: rock, folk, electronic, ambient, and world music among others. These elements combine to create a fascinating and cohesive work that should satisfy the progrock enthusiast as well as a diverse listening public.
Our thanks to Shawn at ProgRock Records for making this music available for our listeners.
Posted by The Yellow Porcupine