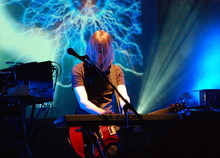 From my friend back East, jaman57:

(I've just got back in from the weekend in NY.

As for the concert - WOW!!! For fans of the older material who never got the chance to see the band in those days (like me) it was a dream come true - one can always quibble a bit when picking personal favorites, but this was as good a selection as I could have wished for - unless of course they had played an hour or two longer ;). My friend is much more of a recent material fan, so he was somewhat disappointed that there were no "In Absentia" songs, but as for me, I did see the pre-FOABP tour, when they played several of the best songs from IA, and I would not have dropped a single one of the older songs for any of the newer ones they didn't play.

They came out, as your setlist (which is correct) shows, with an acoustic setup. Not entirely acoustic - Wes did play electric guitar for the lead lines, and Richard used one of his synthesizers so he did fill in more than just piano-type sounds. But Steve just played the acoustic and Colin played the upright double-bass, which was really cool. SW started by saying, "A couple of us were sitting in the bar last night trying to figure out what we were going to play, and had no idea. But we're going to play a lot of old shit." Starting with SBTM was a surprise of course (and by the way it wasn't the live debut - they played it a handful of times back on the "Stupid Dream" tours, but only a few times), but when they followed it with "Small Fish" I knew it was going to be a really special night. I love that song, and always wondered why they never played it live, but now they did, and it sounded great (SW had played it in solo acoustic shows a couple of times, but never PT). PN sounded great also (actually I may as well stop saying that - everything sounded great), and Wes singing the upper harmonies that Chris Maitland used to sing live sounded at least as good as when it was Steve and Chris - really excellent. Then BD - I may be the only person who thinks that it is the best song from the second disk of "The Incident", but that's my opinion and I'm sticking to it :). Then Steve said, "When we were putting this set together we were wondering what would be the absolutely least appropriate song to play in this format [lots of laughs from the audience], and chose this one," and they started "Futile". I'm amazed Steve didn't break every string on his acoustic the way he pounded out the chord riffs. Then he said, "Ok, I hope you enjoy the headlining act. They'll be out in a few minutes with some more electricity."

About 10 minutes later (there was no countdown clock this intermission, though there was for the next one) they came out with "Even Less". I had seen they had been playing it on a few of the recent shows, so it wasn't unexpected, but it was certainly great that they did play it, especially for me as it was the song that sold me on the band! The first time I heard PT was a boot of the "Lightbulb Sun" tour. "Russia on Ice" caught my attention, but it was EL that sealed the deal. While OC and "Lazurus" were also not surprising (and Steve had the audience sing the next-to-last chorus of "Lazarus"), of course, but TB certainly was. And then "Sky" - incidentally, you may have heard how on the "Nil Recurring" tour they played it a few times, but they started it with the vocals. This had the full opening instrumental, like back in the day. After that they could have played anything and I would have considered myself completely satisfied. But of course it kept going. Incidentally, for most of the old material (like TB and Sky and others) Wes left the stage so it was just the 4 of them. At one point Steve said, "You may have noticed Wes leaving the stage for the old stuff. We did this because we wanted to play it like we did in the old days, as a 4-piece, not because he's incontinent." That of course got a round of laughs and applause. After "Bonnie" they took a break with the 10-minute countdown clock, and of course we all did as we were supposed to and counted down the last ten seconds. :)

So then it was "Occam's Razor" to start the opening medley of "Incident" songs. The visuals for this entire section were great, but I really loved the film accompanying "Blind House" - perfect for the lyrics and subject. Hopefully they will post it at some time on their set so you can see it. Then they once again surprised and greatly pleased me with DD - I thought they were through with the old material, but obviously they weren't. TF of course is obviously a musical homage to Floyd, essentially a variation on Dogs (with the descending chord riff of Sheep). Well, I saw Floyd several times back in the day, and it sounded like the best Floyd ever sounded live! The middle section was mind-blowing. Incidentally, it seemed that they just kept increasing the raw power of the sound as the set went along. Anesthetize pt 2 shook my insides wonderfully, and probably got the loudest single applause of any song. One last total shock with UTD, which also had some great psychedelic light effects (though the visuals were excellent for the entire show), and then ST - for this they pushed the power to max - my hair actually stood up from the back of my head! A standing ovation and a minute later they came back on. Steve said, "We only have time for one more song [obviously their time slot ended at 11:00], but it's a fucking long one." So then "Arriving", which is my favorite from "Deadwing", so it was a perfect ending.

The house was full, the audience was great - and I was a bit surprised that obviously most of them knew the old material. Even the best bands sometimes have performances that are professional, but not really inspired (and PT is no different, listening to the various boots), but this show they really sounded inspired and into it. All in all, it ranks in the top echelon of the uncounted shows I've seen - definitely in the top ten, possibly in the top five. I was completely and thoroughly satisfied. Sorry you couldn't get here to see it. I'm just immensely happy they put on this show and I was able to get good tickets (1'st mezzanine, 4'th row, dead center) and the timing and everything worked out.

So that's my review. As another song says,

"Having been some days in preparation
A splendid time is guaranteed for all."

And this night it was PT that was topping the bill (actually the only show on the bill, but you get the point).

Arriving Somewhere...but Not Here
Posted by The Yellow Porcupine 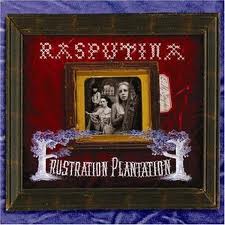 Due to the positive feedback from last week's show featuring the solo work of Zoe Keating, we bring you a sampling from her time in the band, Rasputina. The album is Frustration Plantation.

NOTE:  Due to KMXT's Local Candidate Forum running late, a portion of FreeForm Radio was preempted.
With our thanks to Shawn Gordon at Progrock Records, we bring you a recent release from their label. 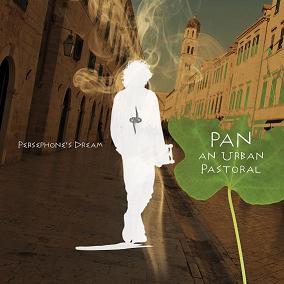 Persephone's Dream: Pan: an Urban Pastoral
In the Autumn of 2010, PD will deliver its fifth full-length CD: Pan: An Urban Pastoral. The new CD is a full-fledged concept album, not far removed from the "rock opera" genre­an extension of PD's earlier foray into concept-composition, Pyre of Dreams' Arthurian "Temple in Time" quintology.
Posted by The Yellow Porcupine 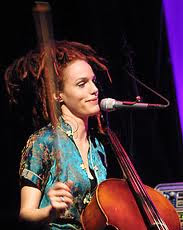 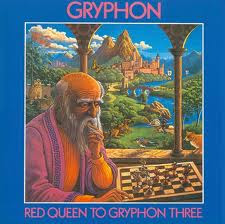 Red Queen to Gryphon Three is the third studio album made by the band Gryphon.
Red Queen to Gryphon Three is a concept album around the game of chess. The music, which frequently evokes a medieval mood, blends and alternates among baroque, renaissance, English folk and progressive rock music styles. Themes are presented, developed and recapitulated in the style of Classical music. 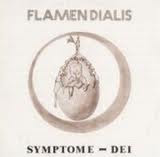 
Formed by keyboardist/drummer Didier Le Gallic, Flamen Dialis explores structured, abstract electronic patterns combined with "collage" sounds, acoustic elements (cello, flute.) and a theatrical sense of composition. There's a constant use of diverse vintage synth equipments. Published in 1978, Symptone-Dei is a reference in avant rock improvisations with electronic sounds. This band is sometimes compared to a "cosmic" version of Magma with lot of Mellotrons.
Posted by The Yellow Porcupine 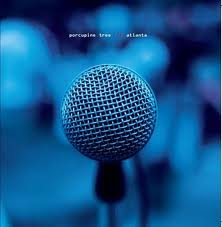 From 12:30 to 1:00 pm Alaska Daylight Time, I'll be featuring three selections from Atlanta: "Sentimental", "Drown With Me", and "Anesthetize".
This download only release is being sold as a benefit for Mick Karn and his family; Mick is currently battling cancer.
KMXT streams live at kmxt.org
Posted by The Yellow Porcupine 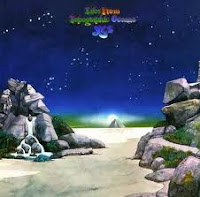 Tales from Topographic Oceans is the sixth studio album by British progressive rock band Yes. It is a double album, released on Atlantic Records in December 1973 in most of the world and in January 1974 in North America.  It is both the most ambitious Yes album and the most critically debated: masterpiece, magnum opus or disastrous overreaching?  You be the judge.
Posted by The Yellow Porcupine