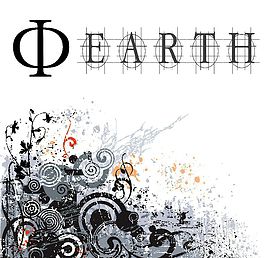 IOEARTH are a project from Birmingham/UK headed by Dave Cureton and Adam Gough who each master guitars, keys, bass and vocals. They have been good friends since they met in school at the age of 12. Their writing partnership strengthened and by the time they were 15, composing and performing their own music started at small local venues with a band made up of their friends and relatives.

They both enjoy music of all kinds. As for the inspirations Frank Zappa is just one of the earliest. You'll also find examples of contemporary rock, commercial pop, classical, jazz and everything in between and they have always enjoyed juxtaposing these supposedly completely different styles in their own compositions.

Much of their early work was guitar based rock in the same vein as the likes of Steve Vai and Joe Satriani. While this element remains in their songs to this day, they have very much moved away from emulating their influences and have created a unique sound of their own. Many band members came and went through the years, each bringing their own styles and influence to the work, but the one constant has been Dave's brother Richard Cureton (drums).

It was in 2004 that Dave Cureton and Adam Gough decided to start working on their first studio album. Some time later they took their ideas to the recording studio where they met Miguel Seco, a very talented musical engineer and producer from Portugal. Finally it took nearly two years to work out their same-titled debut album, holding 20 songs with the help of several competent friends, featuring vocalist Steve Balsamo for example.

Released in 2009 the whole production is a melting pot of different styles and offers a cinematic vibe, like a soundtrack for lovers, full of relaxing, charming melodies - however contrasting with heavy rocking impressions here and there - provided to tell a complete story in (prog) music divided into three movements. IOEARTH are recommended to fans of sophisticated rock music. 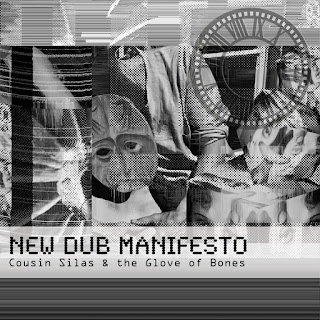 Dub is not a genre of music I have explored to any great degree. I am familiar with the work of Osbourne "King Tubby" Ruddock, Lee "Scratch" Perry, Mad Professor, and Adrian Sherwood; but not really gone further than that. However, the work of Cousin Silas and the Glove of Bones has really whetted my whistle for more!

I thoroughly enjoyed their previous output - "Ornithology" and "Mabinogi" - but "New Dub Manifesto (waag_rel109)" feels so much more ... it is the realised potential that the first two releases pointed to, a glorious coming-together of two very talented chaps.

"New Dub Manifesto (waag_rel109)" is a powerfully dense and wondrous musical tsunami that knocks you off your feet and leaves you on your back with a smile affixed to your face. It is a wondrous testament to sound that will test the very best headphones and hi-fis and yet still sounds fantastic in my puny little EarPods.

There's not much more I can say about this release other than that it needs to be felt as much as it is heard. There is, at times, so much going on that it can be disconcerting but I would urge you to go with it ... give it time ... and you will be rewarded. I certainly was.

As before, my thanks goes to Cousin Silas ... Warren Daly … Kevin Lyons ... Adrian Nicholls ... Drew Miller ... and the wonderful waag community ... for their generous support.
A 320kbps version of this release will be available, for free, over on Archive (archive.org/details/we-are-all-ghosts) with a lossless version available here on Bandcamp for ‘pay what you want’.
- Thomas

Music by Cousin Silas & the Glove of Bones