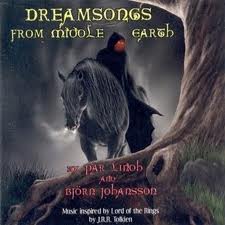 Lindh Pär and Björn Johansson biography
Well, it's not easy to make a bio of Par Lindh & Bjorn Johansson because we're not talking about a band but about a project to release one (first) Tolkien related album, Bilbo and later "Dreamsongs from the Middle Earth".  This two friends and excellent musicians had worked together for a long time, Bjorn even played guitars in the first PAR LINDH PROJECT" album "Gothic Impressions, being an important part of it.    It's unnecessary to talk about Par Lindh and his long career with bands as ANTENNA BAROQUE, the Symphonic Trio VINCEBUS EREPTUM, his solo career as Church Organ virtuoso, Keyboardist, Classical Pianist, drummer and President of the Swedish Art Rock Society plus responsible of PAR LINDH PROJECT, so lets talk a bit about the incredible guitar player called Bjorn Johansson, who is not as well known as the Organ wizard but is also transcendental for Scandinavian Symphonic.    Bjorn is mainly a guitar player but as Mike Oldfield he's more than proficient in almost every one it's enough to mention that in his recordings with Par Lindh he plays classical guitars, 12 string guitars, 6 string steel guitars, electric guitars, slide guitars, sitar guitar, zither, Jews harp, mandolins, bouzoki, bassoon, tin whistle, low whistle, Akai S2000 sampler, Giga studio sampler, Access Virus virtual analogue synthesizer, jingle bells, vibraslap & cabasa Bass.   After releasing Gothic Impressions, Pär Lindh approached Bjorn because of his great interest in releasing a Tolkien based album called "Bilbo" (1996), in the vein of Bo Hansson's Lord of the Rings but with a clear Medieval and Baroque influence so beloved by both musicians.    In this first project they counted with Magdalena Hagsberg and Anna Scmidtdz in the flutes.   In 2004 they rejoin again to release their second joint project called Dreamsomngs from Middle Earth, again with members of Par Lindh Project as Magdalena Hagsberg and Lovisa Stenberg plus Roine Stolt from THE FLOWER KINGS who plays bass in the track "Dream Three""    This album has a more Classic Symphonic approach, giving a different perspective to Tolkien's narrations.  (from ProgArchives.com) 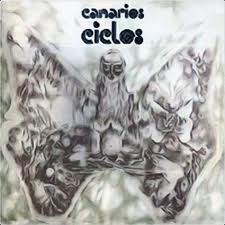 Los Canarios biography  (from Progarchives.com)
LOS CANARIOS was a Spanish band that started playing back in the late 60's. At the beginning, they played Soul and R&B influenced music, singing mostly in English. Recorded in the Seventies, "Circlos" shows an adaptation of VIVALDI's "Four Seasons" with a rock and Hispanic flavour. This is a concept album with an interesting story line that goes from the creation of the Earth to the Apocalypse in 2700 A.C.

The music reminds of this era, with a predominant Hammond organ, a blend of rock and classical music in the style of THE NICE and other EKSEPTION. This album is a heavy and dynamic work in its own right with plenty of synth and organ work as well as guitar. Vocals (in English) are heard throughout but I'd say the album is dominated by instrumental sections. "Ciclos" is a classic of the Spanish progressive scene. But otherwise I have to agree with other prog fans that this is a classic. 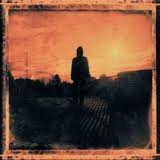 From Steven Wilson on his second solo release (a 2cd set):
"'Insurgentes' was an important step for me into something new. This record takes that as a starting point, but it’s more experimental and more eclectic. For me the golden period for music was the late sixties and early seventies, when the album became the primary means of artistic expression, when musicians liberated themselves from the 3 minute pop song format, and started to draw on jazz and classical music especially, combining it with the spirit of psychedelia to create “journeys in sound” I guess you could call them. So without being retro, my album is a kind of homage to that spirit. There’s everything from [Ennio] Morricone-esque film themes to choral music to piano ballads to a 23 minute progressive jazz –inspired piece. I've actually used a few jazz musicians this time, which is something I picked up from my work remixing the King Crimson records"[6]
All songs written and composed by Steven Wilson.