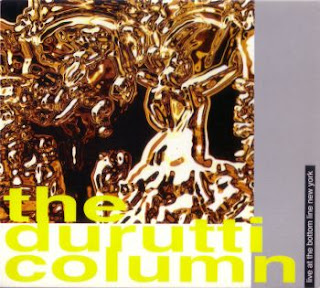 The Durutti Column are an English post-punk band formed in 1978 in Manchester, England.[2] The band is a project of guitarist and occasional pianist Vini Reilly who is often accompanied by Bruce Mitchell on drums and Keir Stewart on bass, keyboards and harmonica.  Tonight we'll be playing selections from  Live at the Bottom Line New York:   (US ROIR - cassette only release in 1987, CD issued in 1993 – CD reissue in 1999 re-titled "A Night In New York" with bonus track but mistakes in track listing) 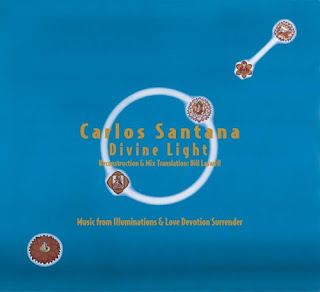 In 2001, Bill Laswell, responsible for remixes of albums by Bob Marley and Miles Davis, mixed and remixed excerpts of Santana's Illuminations and Love Devotion Surrender,[20] on an album called Divine Light.[21]
Love Devotion Surrender is an album released in 1973 by guitarists Carlos Santana and John McLaughlin, with the backing of their respective bands, Santana and The Mahavishnu Orchestra. The album was inspired by the teachings of Sri Chinmoy and intended as a tribute to John Coltrane. It contains two Coltrane compositions, two McLaughlin songs, and a traditional gospel song arranged by Santana and McLaughlin.
Posted by The Yellow Porcupine Links to this post 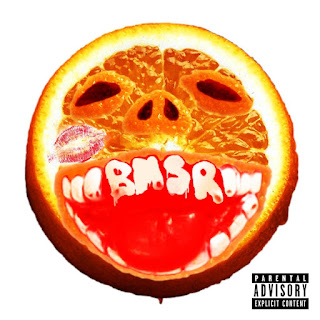 The first half of tonight's program will feature Black Moth Super Rainbow and their 2012 crowd-funded release, Cobra Juicy.
Black Moth Super Rainbow's music contains elements of psychedelia, folk, electronica, pop and rock. Their distinctive sound is characterized by analog electronic instruments including the vocoder, Rhodes piano and Novatron.[2]
A Graveface insert included inside the album Dandelion Gum describes them as such: "Deep in the woods of western Pennsylvania vocoders hum amongst the flowers and synths bubble under the leaf-strewn ground while flutes whistle in the wind and beats bounce to the soft drizzle of a warm acid rain. As the sun peeks out from between the clouds, the organic aural concoction of Black Moth Super Rainbow starts to glisten above the trees." 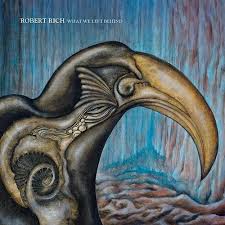 During the second half of tonight's show, we will feature Robert Rich's latest release What We Left Behind.
Across four decades and over 40 albums, Robert Rich has helped define the genres of ambient music, dark-ambient, tribal and trance, yet his music remains hard to categorize. Part of his unique sound comes from using home-made acoustic and electronic instruments, microtonal harmonies, computer-based signal processing, chaotic systems and feedback networks. Rich began building his own analog synthesizers in 1976, when he was 13 years old, and later studied for a year at Stanford’s Center for Computer Research in Music and Acoustics (CCRMA).
I dreamt of the earth after us,
As mountains erode and time helps the cities crumble.
So easy to think that the earth revolves around us,
That after us, the planet stops.
We who can change the weather.

When we make our world so inhospitable we can’t survive,
Life crawls blindly forward,
Consciousness revives, organisms organize.
Cells of the earth join together to create new minds.

Small lives build new worlds,
Cast a net across the surface and through layers below,
Constant construction, destruction, erosion, rebuilding.
After us, on a scaffolding of rust and ashes, salt and sand,

Digesting through it, stumbling numbly,
Vagabond life picks through the detritus and continues unconcerned.
Profligate Earth pays no mind to the foibles of her creation.
She scatters choices for those who can still choose.
Recorded 2014-2016 by Robert Rich at Soundscape, Mountain View CA.
Mixed and mastered by Robert Rich at Soundscape in 2016.
Sonic additions by Forrest Fang (2016) on #8 and #9.
Abstractions of Chari Chuang on #1.
All crows unofficially non-union and paid peanuts.
Instruments: prepared piano, Haken Continuum, PVC flutes, lap steel guitar, percussion, DSI Prophet 12 and 6, Korg Wavestation and M3, eowave Resonator, MOTM and Eurorack modulars.
Thanks for assistance from Paul Schreiber, Dave Smith Instruments, Ed & Lippold at Haken, Chuck at Noise Bug, Old Crow, Andrew at 2C, Izotope, STG, Audio Damage and so many others, plus of course Dixie and all of you who listen. 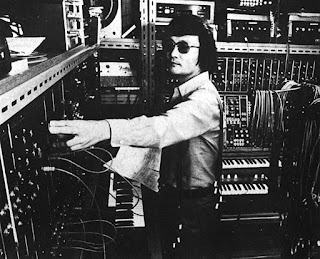 Isao Tomita, an electronic music pioneer, passed away in May 5, 2016.  We'll feature his recording of Pictures at an Exhibition (1975) as well as the original compositions on Snowflakes are Dancing.
Isao Tomita (冨田 勲 Tomita Isao?, 22 April 1932 – 5 May 2016),[1] often known simply as Tomita, was a Japanese music composer, regarded as one of the pioneers of electronic music[2][3] and space music,[4] and as one of the most famous producers of analog synthesizer arrangements.[5] In addition to creating note-by-note realizations, Tomita made extensive use of the sound design capabilities of his instrument, using synthesizers to create new sounds to accompany and enhance his electronic realizations of acoustic instruments.[5] He also made effective use of analog music sequencers[2] and the Mellotron and featured futuristic science fiction themes,[3] while laying the foundations for synth-pop music[6] and trance-like rhythms.[7] Many of his albums are electronic versions and adaptations of famous classical music pieces and he received four Grammy Award nominations for his 1974 album Snowflakes Are Dancing.[3] 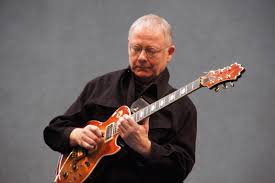 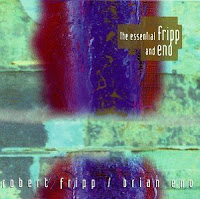 In honor of Robert Fripp's 70th birthday, we'll feature some of his ambient guitar soundscapes created with long-time collaborator, Brian Eno.
Robert Fripp (born 16 May 1946) is an English guitarist, composer and record producer.
As a guitarist for the progressive rock band King Crimson, Fripp has been the only member to have played in all of King Crimson's line-ups from their inception in the late 1960s to the present. He is the driving creative and political force of the group, bearing responsibility for line-up changes and ending and resuming the group at various points.[citation needed] He has also worked extensively as a studio musician, notably with singer David Bowie on the albums "Heroes" and Scary Monsters (And Super Creeps), Brian Eno, and contributed sounds to the Windows Vista operating system. His complete discography lists more than seven hundred releases over four decades.[5]
He is ranked 62nd on Rolling Stone magazine's 2011 list of the "100 Greatest Guitarists of All Time" after having been ranked by David Fricke 42nd on its 2003 list.[6][7] Tied with Andrés Segovia, he also is ranked 47th on Gibson.com's "Top 50 guitarists of all time".[8]
His compositions often feature unusual time signatures, which have been influenced by classical and folk traditions. His innovations have included Frippertronics, soundscapes, and new standard tuning.


Posted by The Yellow Porcupine Links to this post 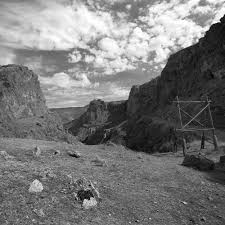 Cousin Silas is the stage name of English electronic music artist David Hughes. The name comes from a character in King Crimson's song, "Happy Family".[1] He has released over eighty albums on various netlabels. Between 1990 and 2000 he wrote several short stories, poetry, prose, and articles that were published in small press magazines such as Back Brain Recluse, Nova SF, The Scanner, REM, Nerve Gardens, The Lyre, Auguries and Focus. On 28 January 2004 Cousin Silas made an appearance on BBC Radio 1 played by John Peel.
His music is available on Soundcloud and Bandcamp.
Tonight I'll be playing his MicroDronescape series. 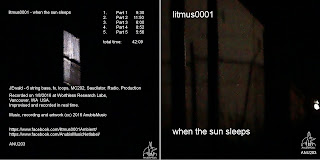