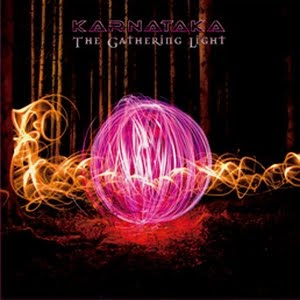 Karnataka is an excellent neo-progressive band featuring female vocals and showing influences of Yes, Mostly Autumn, and Clannad among others.
The Gathering Light is their most recent release and this week's contemporary progressive feature.
Sadly, even though they've just released this new album, Karnataka is set to begin a new chapter following the announcement that Lisa, Ian Harris and Gonzalo will be leaving the band. 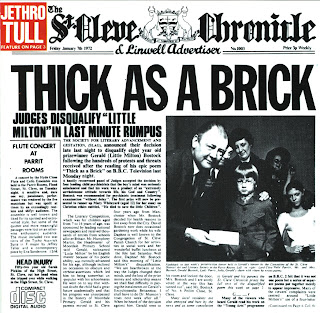 Our classic prog album this week is Thick as a Brick, a concept album, and the fifth studio album, by English progressive rock band Jethro Tull released in 1972. Its lyrics are built around a poem written by a fictitious boy, "Gerald Bostock" a.k.a. "Little Milton" (Ian Anderson himself). The album featured only one song, lasting nearly 45 minutes. To accommodate the album on LP vinyl and cassette, the seamless track was split on both sides of the record. It reached number one on the U.S. Billboard Pop Albums chart.
Posted by The Yellow Porcupine Links to this post 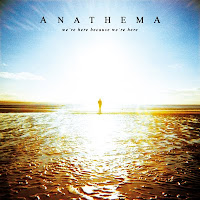 '‘We’re Here Because We’re Here’ is Anathema’s most expansive album to date and by the far best thing we’ve ever done. Not only have we improved as writers, but because we took our time, we had the opportunity to select the very best material and concentrate on it. We gave the songs the chance to breathe and come alive by themselves and it’s ended up being magical – every song is as good as the rest of them. This album features the best performances by the band ever; Vincent’s greatest vocals and John’s and my best writing" - Danny Cavanagh
The album was mixed by Steven Wilson of Porcupine Tree. 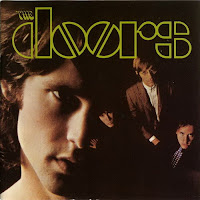 After watching the documentary on PBS the other night, When You're Strange,  I decided this week would be a good time to revisit The Doors classic, self-titled first album.  The Doors' self-titled debut LP was released in the first week of January 1967. It featured most of the major songs from their set, including the nearly 12-minute musical drama "The End". The band recorded their first album at Sunset Sound Recording Studios from August 24 to 31, 1966, almost entirely live in the studio.
Posted by The Yellow Porcupine Links to this post

Featured Music 11 May 2010: Artists of ProgRockRecords.com 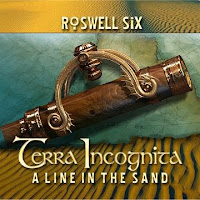 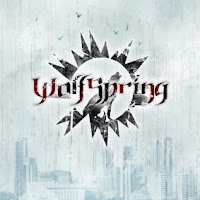 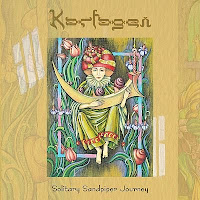