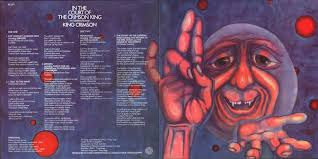 On the evening of Monday January 13th, 1969, King Crimson formally began rehearsals in the basement of the Fulham Palace Road Cafe. After hauling their equipment down the stairs into their cramped rehearsal room Greg Lake, Ian McDonald, Michael Giles, Robert Fripp plugged in their instruments, and with Peter Sinfield operating lights and sound, played and worked on material for the next hour and a half.
By July of that year, the band was performing in Hyde Park on the same bill as The Rolling Stones to an audience of up to 500,000 people. By October, the debut album: “In the Court of the Crimson King” was in the Top 5 of the UK album charts, shortly followed by a top 30 position in the US album charts and a No 1 slot – replacing Abbey Road – in the Japanese international chart. By December, following a series of US concerts finishing at San Francisco’s Fillmore West, the band’s first line-up had imploded.
That was just the beginning…
We will play the original album in its entirety plus some live recordings from the Hyde Park show.
NOTE:
In celebration of their 50th anniversary, pioneering English prog-rockers King Crimson is releasing 50 rare or unusual tracks from the band’s archives. 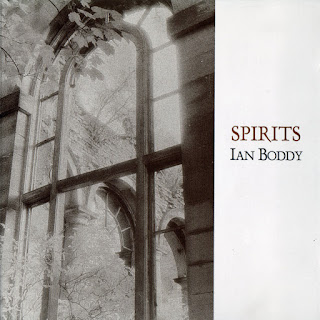 After the success of his first vinyl album, “The Climb”, Boddy moved onto working on his second vinyl release “Spirits”. Dominated by the sound of his recently acquired Yamaha DX7 the album has an all together starker sound than its predecessor. He actually premiered a version of the title track at the first ever UK Electronica held in 1983. The album was recorded at Newcastle Media Workshops between December 1983 & February 1984 and released toward the end of 1984.

The title track which spans an entire side of the vinyl release is a huge, sprawling, Gothic soundscape which features a pounding middle section with the live drums of Ian McCormack. The first side opens with the track “Pulse” which could almost have been released as a single with its dance like rhythms and “catchy” tune. The next track “Living In A Ritual” is a unique track for Boddy in that it features vocals from Blitzkreig front man Brian Ross. Overlaid on a pulsing arpeggiator rhythm & with Vocoder keyboards from Boddy it has rather surprisingly become a bit of a cult classic in some Berlin nightclubs!

As with “The Climb” the vinyl edition of “Spirits” quickly sold out and was also reissued on CD in 1995 on Boddy’s Something Else Records label. A bonus track “Lamalode” was added to this edition which tries to follow on from the Gothic mood of the title track albeit with a more orchestral feel. This edition also sold out and other than a limited run on CDr this classic album has been out of print for many years. Since then Boddy has set up his successful DiN label and whilst he has moved on musically it is important not to forget his past. Thus Boddy intends to reissue each of his early albums on the DiNDDL download sub-label of DiN to give new listeners access to the full CD quality audio with as much of the original artwork as possible.

Ian Boddy: Synthesisers, Samplers and Electronic rhythms.
Brian Ross: Vocals on "Living In A Ritual".
Ian McCormack: Drums on "Spirits".
You will find "Spirits" and other releases by Ian Boddy on Bandcamp.
Posted by The Yellow Porcupine Links to this post

It seems only fitting after this evening's fear-mongering fictional oration to play this classic album. 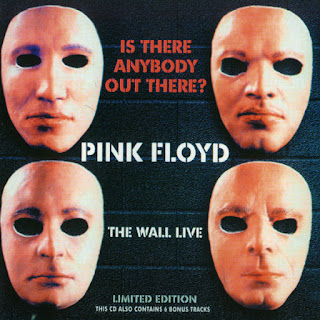 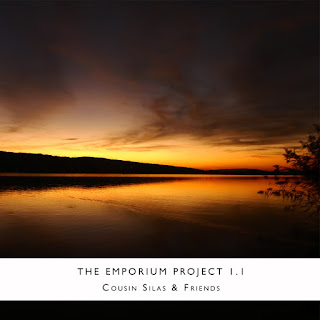 Tonight on FreeForm Radio, we offer an ambient journey from Cousin Silas & Friends as a contrast to your New Year's Eve revelry.

Coming in at just over two hours long (two hours and nine minutes to be precise) is the first part of the first "The Emporium Project" ... a collection of collaborations that span multiple genres but hold true to their central, uniting force ... Cousin Silas.

On 1.1, Cousin Silas & his Friends bring to the table longform ambient and unique sounds inspired by ska ... atmospheric soundscapes that use field recordings and tracks that feel like they were recorded in an out-of-the-way Blues club ... dark ambient eeriness and more percussive sounds. It is, without doubt, a varied set, one that will appeal to the curious and the adventurous in equal measure.

As mentioned above, this is the first part of the first Emporium Project ... you can expect four more parts in the coming days and weeks ... roughly ten hours in total and plenty to keep you occupied in the dark days of winter (in the Northern Hemisphere).

As with Cousin Silas & Friends releases before, we will use this series to give a little back to our wider community. All monies raised from the sale of this album will be donated to Hospice UK. I am both fortunate and grateful to work for an employer who actively matches all donations made ... so every purchase will be doubled for the benefit of a very worthy cause.

I really do hope you will enjoy this album as much as I have.

**Please Note:** due to the fundraising aspect of this album, it will not be added to our collection over at archive.org.

All music initiated by Cousin Silas. Please refer to each individual track for details of collaborator.

All proceeds of this release will be donated to hospiceuk.org 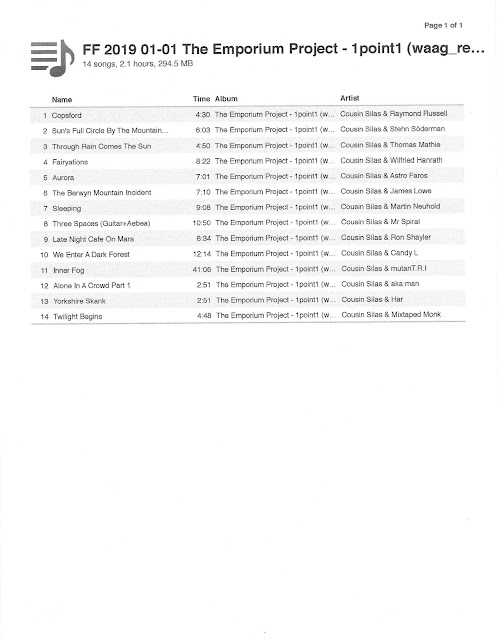