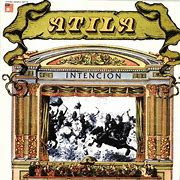 Excellent 70's Spanish symphonic progressive rock album with a powerful progressive musical prowess. "Intencion" is very reminiscent at times of PINK FLOYD ("Meddle" era) with great guitar soloing and a ton of great keyboard work (Hammond and moog). The songs on this album are very much inspired and this is an essential album to have in your collection. Although not a dominating factor and in fact vocals are used only in the first track, with them being sung in native tongue and being very well done. The album also features a female choir in sections which also works to perfection of the album. The keyboard work on this album is quite crunchy actually and really brings out different atmospheres throughout the album. The album features 1 epic track, the 16-minute "El Principio Del Fin" which offers a little bit of almost everything from HENDRIX guitar soloing to more symphonic. Pan Y Musica have kindly re-released this Spanish masterpiece in re-mastered form and one is able to hear a more enriched sound than previously possible on CD format. 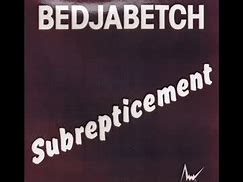 BEDJABETCH were a French fusion band from France. Their only album 'Subrepticement' released in 1979 is similar to bands from Canterbury style like SOFT MACHINE and NATIONAL HEALTH. Besides guitarist Marcel MARINO and keyboardist Patricia HUE who would later end up in a disco band MOBO, not much is known about other member's musical careers.

Bedjabetch, the French jazz rock/funk band led by bass player Branko Miljevic and guitarist Marcel Merino was a great, but short lived Canterbury style progressive jazz rock fusion band of the 1970’s. The band's one obscure album was released in a drab purple sleeve with plain white lettering, but never judge a book by it's cover! The music is often complex and powerful, but is very inventive with outstanding musicianship. The album contains some great fat funky arrangements with exceptionally good saxophone from Michel Olivieri and great distinctive guitar from Marcel Merino. Listen to Marcel's great grooving "Drame Sous Les Palmiers", but all the tracks are great. At times the sound is reminiscent of bands like Magma, Soft Machine, Isotope, National Health, Secret Oyster, Camel and others. In fact this one Bedjabetch release is far better than some of the albums released by the aforementioned bands. "Subrepticement" is regarded by many progressive jazz rock fans as one of the best albums of its genre from the late '70's.TRACKS1 Pieds D'Anchois 3:40 2 Dinosaures 5:30 3 Le Chateau De L'Elephant 4:20 4 Drame Sous Les Palmiers 6:58 5 Subrepticement 3:50 6 Boucle D'Or 15:50MUSICIANSMarcel Merino - Guitar Branko Miljevic - Bass Patricia Hue - Piano, Keyboards Gilles Petri - Drums Michel Olivieri - Alto, Soprano, & Tenor Saxophone, Flute 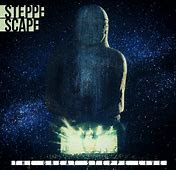 
released January 1, 2018 | This album is a live recording of Steppe-Scape performing at the Spirit of Astana festival in Astana (Kazakhstan), June 23, 2017.
Steppe-Scape (Stars of Eurasia) is a project that synthesizes ancient music, vocal techniques and traditional instruments of Central Asian and Russian cultures with futuristic electronics and ambient avant-rock of the West, thus emerging as a truly Eurasian cultural phenomenon.
Steppe-Scape (Stars of Eurasia) is a unique collaboration between most interesting and widely known in the West artists from Central Asia and Siberia, such as Namgar (Namgar Project, Buryat Republic), Radik Tyulyush (Huun Huur Tu, Chalama, Republic of Tuva), Angela Manukyan (Volga, Moscow), and guitarist, composer, and electronica artist Markus Reuter (Crimson ProjeCKt, Stick Men, centrozoon, Namgar Project), one of the most talented European artists today.
The musicians of Steppe-Scape summon shamanic energies of their ancestors, opening infinite spaces of steppes, dense forests, and mountains reaching out to the sky. The music of Steppe-Scape is a ritual that enchants its listeners and transports them to the far-away ancient horizons where forces of Cosmos and spirits of Nature meet. Steppe-Scape (Stars of Eurasia) is a vibrant meeting of the millennia-old traditions of the Great Steppe with the cutting-edge music of tomorrow.


Our heartfelt thank you to the Spirit of Astana/Spirit of Tengri festival team and Zhan Kasteev personally – for professionalism, human warmth, and friendship
Thank you Katya Vlasova for providing a high quality stage sound
Thank you Victor Arestov and Anton Chebakov for a great job of mixing our music
https://iapetus.bandcamp.com/album/the-great-steppe-live-free-download?from=embed 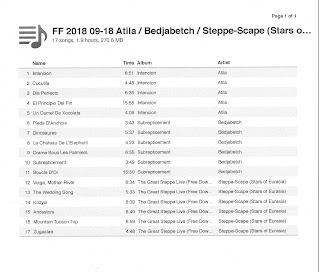 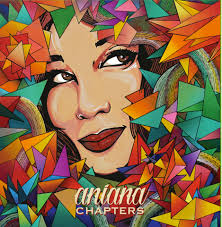 Aniana was a student of mine at Kodiak High School many years ago - her debut solo release is a superb example of her singing and songwriting abilities - and her backup band is kickass!
From her Kickstarter page:

This album has been a long time coming. I’ve been working for so many years on many different projects, pouring every drop of my passion for singing and performance into each one.
My musical career first bloomed over a decade ago in Phoenix, Arizona where I sang harmonies in The Mighty 602 Band, a reggae backing band that backed legends such as H.R. (of Bad Brains), Ras Michael, and Danny Clark of The Meditations. I also worked in the 9-piece hip-hop band Antedote, singing smooth melodies over jazz-infused beats. After moving to Portland seven years ago, you may have seen me perform with bands such as Philly's Phunkestra, Ben Darwish’s Commotion, Marv Ellis, Funk N' Roses, and Yak Attack. I've fallen in love with each style of music I’ve performed - reggae, hip-hop, rock, funk, soul, folk and I've discovered new things about my voice and performance style each time.
The songs on the album move through the chapters of my life. With each chapter that I write about, the style reflects true to the kind of music that I was performing at the time. Each genre brings out memories and conjures feelings about different periods of my life. Music has always been a pulse - a living part of my soul that has carried me through the peaks and valleys of my journey.
I’ve waited so patiently for this time to come. My musical career has taken me on an amazing journey of performances.
Hear tracks from the album here:  https://www.kickstarter.com/projects/aniana/aniana-solo-debut-lp-chapters
Buy her album here:  https://www.anianamusic.com/ 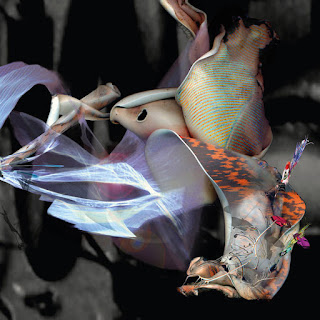 The names of both Parallel Worlds and Dave Bessell should be very familiar by now to followers of the DiN ambient electronica label. Bakis Sirros (aka Parallel Worlds) has two solo albums, Obsessive Surrealism (DiN26), Shade (DiN32) as well as collaborations with DiN label boss Ian Boddy on Exit Strategy (DiN37) and most recently World Adapter (DiN48) with Self Oscillate (Ingo Zobel). Bessell on the other hand has a single solo album Black Horses Of The Sun (DiN47) as well as his contributions to the two synth supergroup Node releases (Node 2 (DiN44) & Node Live (DiN55)). Of course the duo have already collaborated before on their 2012 album, “Morphogenic” (DiN41) and “Dystopia” sees these two musicians continue their sonic dialogue.

Track titles such as “Cipher”, “Mutagen” and “Devoid” as well as the album title leaves one in no doubt that you are entering a dark and foreboding sound world. Indeed Bessell quotes the infamous novel “Neuromancer” by William Gibson as a major influence. Bakis Sirros as ever weaves his intricate modular rhythms that seem to squirm and writhe underneath vast slabs of analogue chords that rise and fall like cities. Indeed the album is very dynamic with complex, almost classical arrangements that constantly shift under ones feet. Amongst this Bessell introduces some fleeting guitar work as well as his adventurous analogue physical modelling sound design. Seeming to inhabit a netherworld between dark electronica and progressive synth these two musicians have once again created an album that just doesn’t sound like anyone else out there. Join them for a unique sonic adventure.