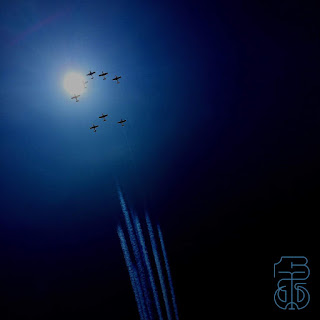 Beware the blue sky are an Icelandic instrumental post-rock band formed in 2016 in Reykjavík.
The band consists of Hilmar Gylfi Guðjónsson (drums), Hlynur Már Árnason (keyboards, guitar), Pétur Haukur Ásgeirsson (bass guitar) and Viktor Aron Bragason (guitar).
FreeForm Radio is proud to feature their debut EP Above Atlas during the first half of tonight's show.
A collection of four songs, it is an excellent introduction to their music.  We encourage to check them out on Bandcamp, Facebook, YouTube,  Instagram, and Spotify. 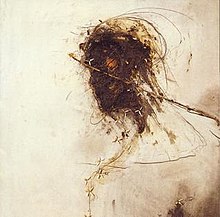 For the remainder of tonight's show, we'll be showcasing Peter Gabriel's soundtrack for the Martin Scorsese movie, The Last Temptation of Christ:  Passion.
Passion (re-released as Passion: Music for The Last Temptation of Christ) is an album released in 1989 by the English singer-songwriter Peter Gabriel. It was the first Peter Gabriel album to be released on Real World Records. It is his second soundtrack and eighth album overall. It was originally composed as the soundtrack album for the film The Last Temptation of Christ, but Gabriel spent several months after the film's release further developing the music, finally releasing it as a full-fledged album instead of a movie soundtrack. It is seen as a landmark in the popularisation of world music, and won a Grammy Award for Best New Age Album in 1990. It was remastered with most of Gabriel's catalogue in 2002.

As the soundtrack for the film, Gabriel used the resources of the organization he founded, WOMAD, to bring together musicians from the Middle East, Africa, Europe and South Asia. He worked with them to create music meant to enhance the mood of the film, but also added a modern ambient musical touch to the original pieces, producing a musical work that has influenced many musicians in the years since its release. Passion introduced many listeners to such artists as Nusrat Fateh Ali Khan, Youssou N'Dour, L. Shankar, and Baaba Maal.
Later in the year a companion album was released, Passion – Sources, featuring additional songs on which Gabriel does not perform. Gabriel described this album as "a selection of some of the traditional music, sources of inspiration, and location recordings."
The cover art for the album, Drawing study for Self Image II (1987), is a mixed media composition by the artist Julian Grater.[10] When re-released, the album was titled Passion: Music for The Last Temptation of Christ due to "legal barriers" according to Gabriel in its liner notes.[11]